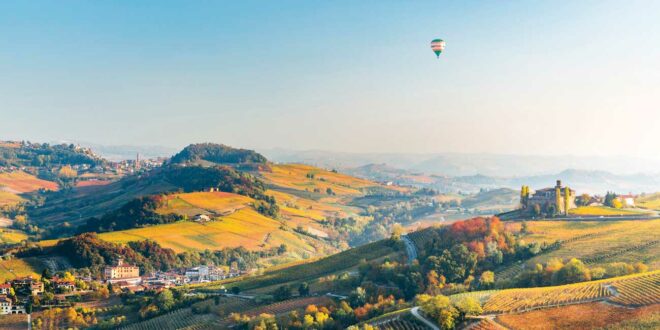 Get to know Piedmont red wines in three steps

In Italy’s northwest, Piedmont is the region for aesthetes and epicureans. The capital city of Turin is an art and cultural hub, while the town of Bra is the birthplace of the Slow Food movement. From cheese, rice, chocolate and hazelnuts to white truffles and tajarin pasta, the region’s cuisine is as celebrated as its wines.

The viticultural zones of Langhe, Roero and Monferrato were designated by UNESCO in 2014 as World Heritage Sites, recognising generations of work by growers in harmony with the landscape. Winemaking in Piedmont is thought to date back to the Etruscans in the 5th century BC. It grew under the Romans and has thrived since the Middle Ages. Proximity to France surely advanced its fortunes as techniques both in the vineyard and the cellar were adopted from its neighbour.

During the House of Savoy’s lengthy rule (it was Italy’s ruling house from the mid-19th century until the establishment of the Italian Republic in 1946), various local wines captured the hearts of the nobility, but it was famously Barolo that entertained Europe’s royalty in the mid-1800s.