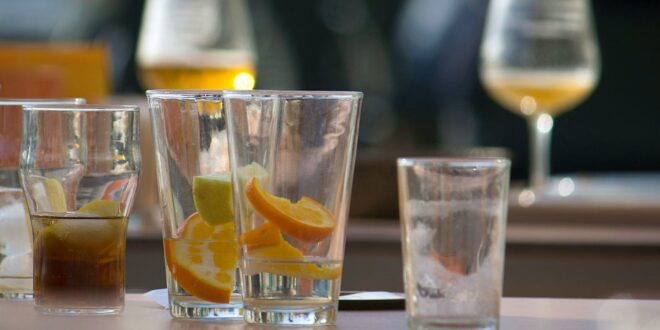 While numerous studies have linked moderate wine consumption to improved health outcomes, medical professionals agree that high alcohol intake, especially binge drinking, has negative consequences, including accidents, violence and longterm health problems. New research attempts to quantify just how serious those consequences can be, especially for young adults, who are at the highest risk of alcohol-related premature death.

The researchers argue that alcohol played a role in an estimated one in eight deaths among the overall study cohort and was at least partly responsible for one in five deaths in people aged 20 to 49. The study also found that men are at a higher risk of alcohol-related death than women.

Notably, the research does not contradict longstanding findings about the benefits of modest wine drinking.

The study, a collaboration between the U.S. Centers for Disease Control and Prevention (CDC) and the Canadian Institute for Substance Use Research at the University of Victoria, was published in JAMA Network Open this month. The authors concluded that over 140,000 deaths each year, or about five percent of total annual deaths in the U.S., can be wholly or partially linked to excessive alcohol consumption.

Of those alcohol-related deaths, nearly 45,000 occurred in people under the age of 50. Since adults aged 20 to 64 accounted for approximately two-thirds of all alcohol-related deaths, the researchers decided to focus their analysis on that cohort—a notable decision, considering that other research has shown people aged 65 and up are most likely to reap alcohol’s health benefits.

Using data from the CDC’s Behavioral Risk Factor Surveillance System, which gathers health information via telephone surveys, researchers analyzed the drinking habits of over two million people between 2015 and 2019. By comparing drinking patterns with the rates of 58 causes of death where alcohol might play a role (including liver disease, cancer, accidents, violence and more), the researchers calculated the number of deaths that were completely or partially linked to excessive alcohol use.

“Excessive alcohol use is a leading cause of preventable death, yet it remains under-recognized as a public health problem, and effective strategies to prevent [it] are underutilized,” Dr. Marissa Esser, head of the CDC’s alcohol program and lead author of the study, told Wine Spectator.

The study’s main finding is that young people are at elevated risk of death due to acute causes, mostly related to binge drinking. These findings echo a recent study that found young adults are more susceptible to alcohol-related accidents, including car crashes and interpersonal violence, while older adults are more likely to reap alcohol’s protective health benefits.

For the youngest cohort in the CDC study, those aged 20 to 34, alcohol-related deaths accounted for over 25 percent of total deaths. Among deaths where alcohol played a role, the top three causes—other poisonings (deaths involving high blood alcohol content and another substance in addition to alcohol), motor vehicle traffic crashes and homicide—accounted for nearly 72 percent.

While the study’s findings are serious, they don’t negate evidence of the benefits of moderate wine drinking. The study was concerned with excessive alcohol consumption (eight or more drinks per week for women and 15 or more drinks for men) and binge drinking (four or more drinks in one sitting for women, and five or more for men). For wine, one drink was classified as a 5-ounce glass of wine with 12 percent alcohol by volume.

The study did not differentiate between types of alcohol…