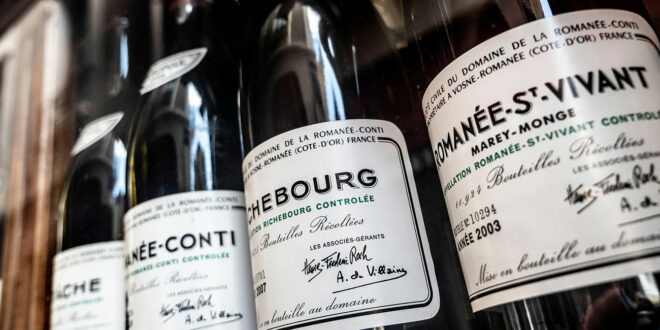 The annual list offers fresh insight into the fine wine market’s best performers. Burgundy as a region has enjoyed strong market momentum and it took up 39 spots in this year’s Power 100, six more than in 2021. Bordeaux got 25 places, down five.

Brands are ranked based on several criteria, including price performance (in sterling currency), average price per case and the total value and volume of trading on Liv-ex, a global marketplace for the trade.

Leroy saw the average price of its wines jump by nearly 60% in 12 months to 30 September, the reporting period for the ranking. Liv-ex explained that its data represents a combined performance of ‘Maison’ and ‘Domaine’ wines.

Already considered one to watch under young winemaker Charles Lachaux, Liv-ex said ‘demand exploded in 2021-2022’. It cited an average price increase of 487% across the wines, including those of Charles Lachaux’s namesake négociant label.

The other Burgundy names in the top five were Leflaive, Armand Rousseau and Prieuré-Roch, the latter sitting fifth after coming in 38th place in 2021.

Champagne has also shown strong momentum and looks set to rival Burgundy when it comes to analysing the performance of Liv-ex’s regional indices in calendar 2022.

Strong demand for Burgundy and Champagne means that, for the first time, Bordeaux is not represented in the Power 100’s top 10 wines.

Liv-ex said Bordeaux remains a ‘solid proposition’, however. Mouton Rothschild was the highest ranked Bordeaux brand in the Power 100, finishing 13th, one ahead of Petrus.

Lafite Rothschild was 17th, but it was the second most-traded wine label by value on Liv-ex during the reporting period.

The group used its report to sound a note of caution on the road ahead. Every brand in the Power 100 saw average prices rise over the reporting period, ‘but market headwinds are strong and further price rises may not be as easy to come by’, it said.

Its Burgundy 150 index rose by 1.8% and 0.7% in September and October respectively, the smallest monthly gains since August 2021.

‘Already the direction of the market in 2022 suggests change is on the way,’ said Rupert Millar, Liv-ex’s managing editor.

‘Just as we saw in 2019, Burgundy’s latest surge may be dizzying but could be swiftly stymied by a lack of supply and an increasing reluctance to pay such steep prices for handfuls of bottles. The higher it flies, the thinner the air, and the fewer buyers there are.’

Liv-ex’s report noted relatively small release volumes are expected for Burgundy 2021 en primeur wines. ‘This will likely keep prices high, but some prices may not rise at quite the same speed,’ it said.

It also reported signs of a broadening secondary market for Burgundy. In 2018, 829 different Burgundy wines traded on Liv-ex, versus 1,859 in 2022.

Burgundy 2021: A preview of what to expect