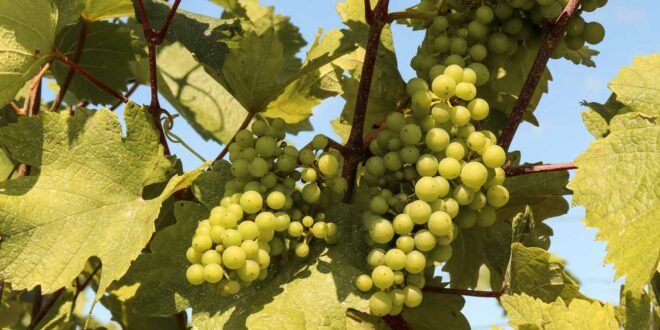 Niagara’s summer? It’s hot, and sticky. I tried a walk near my hotel in mid-July but could only find a large retail mall. It was early; the shops were still shut. Even so, I had to dodge from awning to awning, avoiding the prosecuting sun. I’ve been there in autumn, too, which happened to be mellow and easeful – though it can also be wild, wind-whipped, rain-drenched. The ‘shoulder seasons’ are feared here: you never know what’s coming.

The first time I went it was deepest winter. That made an impression: piled snow marking driveways; thick shelves of ice around the lakeshore; jostling lumps floating down the Niagara river; the night freeze coming down like a portcullis. Everyone was cheery in the grey dawn gloom, though, harvesting their bullet-like icewine grapes. I’d never seen 20 or more presses at work in a single winery: it takes time to get the juice out of a frozen grape (half-pressing, half-incubation). By afternoon, flames were licking from braziers outside the tasting rooms. Come on in, the flames said. Taste wine; avoid hypothermia.

Drive from Toronto, and the city never quite lets you go. Peer through the glass bubble of a helicopter cockpit and you’ll see it’s just a brief terrestrial pause between two small seas (lakes Erie and Ontario). A deeply scarred pause at that, as the Niagara river rips its way northwards and crashes downwards: a major river behaving like a crazed mountain torrent.

Final astonishment: the vines face north. There is an escarpment, something the river falls over, and Niagara’s vines look north onto lake Ontario. That’s the side with the steeper scarp slope, not the gentle dip slope. The nearby water brings warmth and drains frost in winter, but freshens clammy air and drains untimely rains in summer. The ridge protects the vines from the prevailing southwest winds, too. Its mixed-up, glacier- pounded soils seem propitious, particularly so on the gently sloping hillside benches.

I was in Niagara this summer to talk about my favourites among its wines – the Chardonnays. Perhaps I’m misleading you, though, in putting the emphasis on variety rather than place. I like them so much not because they are made from Chardonnay, but because these are, for me, the more refined and most gastronomically adaptable of Ontario’s wines, and because they taste most ‘Niagara’. If you’re an icewine addict, you may disagree – and it’s true that drinking icewine is like tasting and swallowing a wild clash of seasons. But Chardonnay, somehow, is the grand serenity of the place.

If you’ve never opened a Niagara Chardonnay from producers such as Bachelder, Cave Spring, Cloudsley, Henry of Pelham, Hidden Bench, Malivoire, Quaylus, Stratus, Southbrook, Tawse, Thirty Bench, Trius… here’s what to expect. The scents are rarely demonstrative, but they are busy and intricate for all that; smelling these wines is like listening to the sound of waves lapping on the lakeshore. They have both breadth and grace on the palate, and the flavours, too, are dappled and mingled, just like the soils. They’re sappy, but rarely urgent; soft-textured, but not thick, hard, warm or oak-stiff; fresh but never raw. The quiet fruits are uninsistent, hovering with agreeable ambiguity between citrus and apple, pear and quince. They’re subtly companionable – the kind of wines you’ll understand best and like most after the third glass, not the first. The best of them are multi-dimensioned.

A good wine comes into being, Niagara taught me, once the variety is exceeded or forgotten. Distinguished places to make wine are those where the variety retreats most comprehensively. That’s what’s happening with Niagara’s best Chardonnays, just as it happened long ago in Burgundy – and the same process is underway in parts of Australia, New Zealand, California, Oregon, southern France and Italy. Drinkers need to listen up when varieties pipe down. That’s when the music…