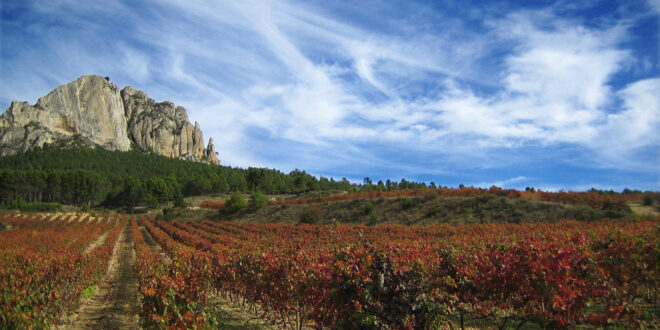 The story of Señorío de Líbano started when, in the 1960s, Alfonso Líbano Pérez purchased the castle of Sajazarra, one of Rioja’s most iconic buildings, in the heart of Rioja Alta. Alfonso found a beautiful abandoned property in a state of severe decay, but with a unique character and potential, at the epicentre of the village of the same name. He embarked on a project of full renovation, not knowing that this would be the starting point of an exciting journey which culminated with the creation of Bodegas Señorío de Líbano.

The castle was restored to its former glory, faithfully respecting the historical layout and features. Alfonso Líbano Pérez-Ulibarri eventually bought other buildings in the Sajazarra village, which he also renovated in their entirety.

During the extensive restoration works, a mediaeval wine cellar was found on the grounds, motivating the beginning of wine production at Sajazarra – first just for personal consumption and eventually as a commercial proposition, under the new Señorío de Líbano venture. The castle overlooks the winery, built in 1973 in the adjacent romantic garden, with the estate’s 19 small fincas (a total of 50 hectares of vineyards)  all within a 3km radius. ‘It is a true château concept, with all the vineyards at the winery’s doorstep,’ says Alfonso Líbano, grandson of the founder and the third generation at the helm of the estate. The vineyards are located at the feet of the Obarenes Mountains, in the small villages of Fonzaleche, Galbarruli and Sajazarra itself – dramatic sites influenced either by the Atlantic or the Mediterranean winds, depending on the exposure (north and/or south) of each slope. 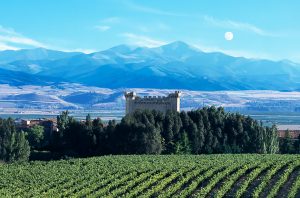 The local continental climate, with a wide day-night temperature amplitude, the limestone-rich clay soils and the altitude (between 550 and 700m), produce fruit of incredible complexity and finesse. The team at Señorio de Líbano have sought to harness the character of their unique terroirs in a range of wines that shows a noble yet approachable side of Garnacha, Graciano and Tempranillo.

Senorío de Líbano’s vines – whose age ranges from 16 years for Graciano to 92 years for gnarly old Garnachas, with Tempranillos between 25 and 30 years – root deep in the bare soils, very poor in organic matter. This, combined with a careful canopy management program that optimises exposure and photosynthesis, allows the plant to deliver a moderate yield (4,000 to 5,000 kilos/ha) of concentrated, high-quality fruit – well aerated bunches of small, healthy berries with optimal phenolic ripeness. They ultimately produce wines that uniquely reflect the direct connection from grape to glass.

In spite of the challenges of the local mesoclimate and ecosystem, Señorío de Líbano has adopted organic viticulture practices, carefully managing the high rainfall and consequent disease pressure in the most reasonable way. The six hectares planted to Graciano – a late-ripening variety that needs extended periods on the vine – are particularly sensitive and worthy of attention. Not least because the variety plays a key role in the identity and style of Señorío de Líbano’s wines. ‘It’s the grape that gives personality to our wines, explains Jesús Bermejo, agronomist and oenologist at the estate.

Sustainability is not, however, seen merely from an environmental point of view but also from a cultural and human perspective. The project has had, from its inception, a holistic approach, looking at the preservation of the unique architectural and historical relevance of Sajazarra. Part of it involves bringing new social and economic life to the village, be it through the creative use of its empty buildings (the company will soon be using the fortress wall to age brandy), the sponsorship of cultural initiatives or projects to promote biodiversity in the surrounding area. ‘It’s our village’, says Alfonso,…