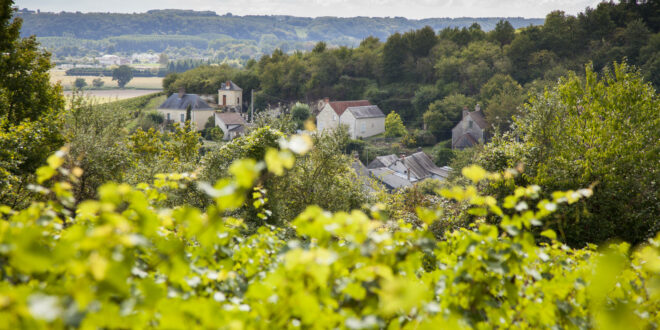 One of the trends in the wine world that I’ve been happiest to see in recent years is the surge in interest in lighter-bodied red wines. Chillable reds are the thing these days, and this has people discovering the delights of grapes such as Pais, or rediscovering the pleasures of grapes like Gamay.

Red grapes that make (or can make, if treated right) lighter-bodied wines can be found everywhere around the globe, but that doesn’t mean they’re popular or populous. Occasionally you’ll find an entire region dedicated to these grapes, such as the fabulous duo of Poulsard and Trousseau in the Jura, Nerello Mascalese on Sicily’s Mount Etna, or the predominance of Pais and Carignan in Chile’s Itata Valley.

Perhaps more often though, these wines are somewhat obscure, made from indigenous grape varieties that, if not coveted, are certainly known and appreciated in their local area and have been for some time. Often only the very best examples or the products of the most ambitious producers make it out onto the international markets where curious wine lovers may come across them thanks to the work of dedicated importers.

Quite confusingly, one of the main tributaries of the Loire River is named the Loir River, which merges with its better-known sibling just south of the city of Angers in the Anjou region of France. The Loir flows roughly parallel with Loire but about 20-30 miles farther north in France. Through its middle section, it bisects two wine regions, Coteaux-du-Vendômois and Coteaux-du-Loir, both of which feature the Pineau d’Aunis grape in both rosé and red wine forms.

This past spring I visited the Loire as part of a press trip for the Loire Millésime event, and had a chance to taste through a whole bunch of Pineau d’Aunis.

We don’t know a lot about the Pineau d’Aunis grape, other than it seems quite old, and is clearly related from a DNA perspective to Sauvignon Blanc and, like that grape, probably originated in or near the Loire Valley.

The word Pineau appears in writings from that area as far back as 1183 according to the encyclopedic Wine Grapes. However, Chenin Blanc has also been referred to as Pineau de la Loire (and Pineau d’Aunis was long called Chenin Noir), perhaps because Chenin was erroneously thought at one point to be a white mutation of Pineau d’Aunis, though DNA analysis proves this, as well as any relation to Pinot Noir, definitively false.

About 1100 acres of Pineau d’Aunis currently exist in the Loire, but that’s a significant increase from what some commentators claim was a low of a mere 40 acres in 1973, most having been replanted with the better-known and more commercially successful Cabernet Franc.

Thankfully, the grape never lost its strongest adherents, and now has become even slightly fashionable, enough that plantings are increasing, if slowly. The last time it was fashionable was back in the 13th Century when it was supposedly a favorite of King Henry III in England, so much so that some theorize that England’s love affair with French “Claret” might have begun not with a red wine made of Cabernet, but one made of Pineau d’Aunis.

These days, Pineau seems to be made primarily by tiny individual producers or small local cooperatives like the Cave du Vendômois. Not many bottles make it to the US, but those that do are invariably decent, and often are good values.

In its pink form, Pineau d’Aunis has a zippy, crisp quality that will appeal to anyone who enjoys their pink wines lean and energetic. They often feature berry and citrus notes, great…