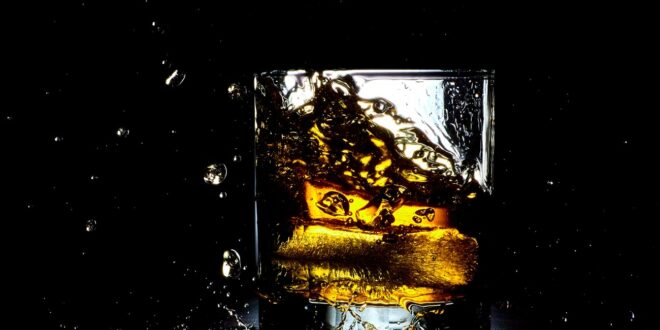 Robert Burns is Scotland’s national bard, known the world over, centuries after his death, as a passionate ambassador of Scottish culture. And he loved writing about – and drinking – whisky.

Scotch is a golden thread running through Burns’ writing. It is mentioned in political poems – such as The Author’s Earnest Cry and Prayer, which is quoted above – as well as lighter celebrations of the joys of ‘John Barleycorn’ (his personification of whisky).

Burns died in 1796, but his name lives on thanks to Burns Night, the annual celebration held on 25 January, his birthday. What began as a low-key gathering of a few friends has mushroomed into a global extravaganza of bagpipes, haggis and – of course – whisky.

Choosing the ‘right’ dram for Burns Night depends on personal taste and purpose. If you’re looking for an accompaniment to haggis, neeps and tatties, you might want something powerful enough to stand up to all those rich flavours.

But Robert Burns was nothing if not a champion of free thinking – so the rules are definitely there to be broken. This selection of single malts and blends below will give you some inspiration.

BenRiach’s richly fruited spirit style is arguably never better than in this financially accessible core bottling, which marries spirit matured in three cask types: ex-Bourbon, ex-Sherry and virgin oak. The latter is noticeably influential, bringing grip and an almost smoky oak hit, but it’s the teetering balance between the trio of wood types that most impresses. Alc 43%

Doug McIvor at Berry Bros is a Scotch whisky legend who knows a thing or two about whisky and casks – and here he puts that expertise to excellent use with a richly decadent Sherried blended malt, dripping with flavours of liquorice, chocolate-dipped prunes and perfumed spice. Not as OTT as some Sherry cask whiskies – although you wouldn’t guess that from the colour. Alc 44.2%

Another blended malt, another Sherried dram. While we wait for Ardgowan’s planned Clydeside distillery to be built, master whisky maker Max McFarlane has come up with this combination of six Highland, Lowland and Speyside distilleries. There’s plenty of exotic fruit here – rich tangerine, apricot – along with bagfuls of Christmas spice and dark chocolate. Alc 48%

A tie-in with Fife-based artist Mairi Clark, showcasing Eden Mill’s sweetly appley spirit style, which also exhibits a drier edge of cereal and buttered wholemeal toast on top of elusive floral scents. The casks bring a creamily rich texture to carry the youthful whisky across the palate, and a bit of Sherried punch – dark spices and a touch of treacle. Promising stuff from a distillery previously better-known for its gins. Alc 46.5%

Glen Grant’s typically light, apple-scented spirit can be so subtle when young that you might miss it completely. It hits its stride nicely with age, though, especially here – where the elevated strength creates an altogether more ballsy whisky: lots of spice, lots of fruit – caramelised pear, zesty tangerine, mango – and a lengthy finish of assertive oak. Alc 50%


Source : https://www.decanter.com/spirits/whisky/best-scotch-whiskies-for-burns-night-eight-to-try-473070/
Share
Previous Rhône vintages: four to lay down and four to drink now
Next Rioja – 10 Facts to know