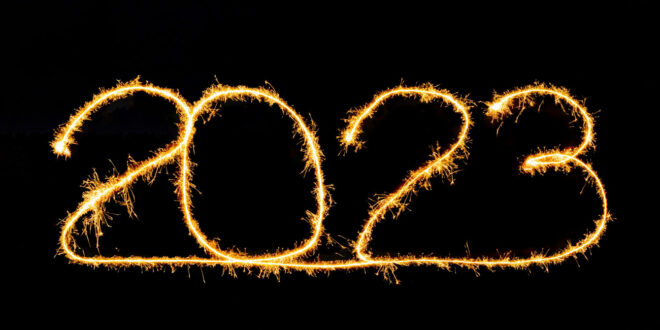 Finally, after decades of trying, the world has, officially, gone mad. Which makes it incredibly easy to predict what’s going to happen in 2023. Keep track of the following, and see how many come true over the next 12 months. We can guarantee it will be at least six*.

*Guarantees may not be accurate and are not to be taken as fact. All bets made as a result of this article are at the reader’s own risk. Inaccurate or offensive predictions were probably made by somebody else.

Decanter readers are criticised by the government for ‘wilfully misunderstanding health messaging’. ‘They know perfectly well that when we encourage the population to take part in ‘Dry January’ we mean they should give up alcohol,’ said a spokesman. ‘Simply renouncing sweet wines for a month really isn’t good enough.’

An Italian winery is reprimanded for producing a back label that is ‘completely unrepresentative’ of the country’s wines. ‘It provided a useful tasting note, an engaging story about the estate, and told people exactly what to drink it with,’ said an industry representative. ‘It was completely out of order.’ Azienda Ottimistica has apologised and said it will get back to using the same unhelpful 12-word tasting notes as everyone else in future, or, better still, remove the back label altogether.

Growers in the Loire come into conflict with environmental groups over their plans to install ‘under vine heating’. ‘I don’t care if they’ve lost half their crop to frost over the past 10 years,’ said one environmentalist, ‘You can’t justify this just to grow grapes. Particularly not to make Muscadet.’

Cha?teau owners in Bordeaux are delighted to find #bordeaux trending on social media and the region becoming the most-searched term on Google. Closer inspection, however, reveals the spike in interest is not driven by the 2023 en primeur campaign but by news that the Kardashians are thinking of buying an estate. Popular suggested searches are ‘Is Bordeaux wine?’, ‘Does Bordeaux make you fat?’ and ‘Is Bordeaux Burgundy?’

Following the World Cup in Qatar, all of the world’s drinks competitions controversially announce that, as of 2024, they will all be held in Saudi Arabia. In a joint statement they praise the country’s ‘long history of wine appreciation’ and ‘proven love of alcohol’. None of the organisers are available for comment because they have ‘all retired to the Caribbean’.

Following a study revealing that 80% of the wine consumed in the UK is Sauvignon Blanc and Prosecco, the country is officially declared the Sick Man of Europe.

Plans for a French wine version of Monopoly are scrapped after furious rows about the positioning of estates on the board. ‘It was totally unworkable,’ said one cha?teau owner. ‘We ended up with five dark blue (££££) wineries, six dark green (£££) and the rest of the board was blank. In fact, the only points everyone could agree on were that the utility squares were too expensive and nobody should go to gaol, no matter what they’d done.’

Southern European winemakers are in despair as another exceptionally warm year sees a record 90% of the continent’s grapes harvested in July and August for the first time ever. ‘This is an absolute disaster,’ said one grower in the Rho?ne. ‘Partly because it proves that our planet is becoming a smouldering, sun-blackened husk, but mainly because it’s playing havoc with my summer holidays.’

Makers of the film Bob!, celebrating ‘the life and legacy of wine writer Robert Parker’ are furious when critics give it a lukewarm reception. ‘These guys have never made a film in their life!’ fumed director Lenz Kapp. ‘So why should we care what they think of it? All critics are a disgrace and we should ignore them completely. Oh…’