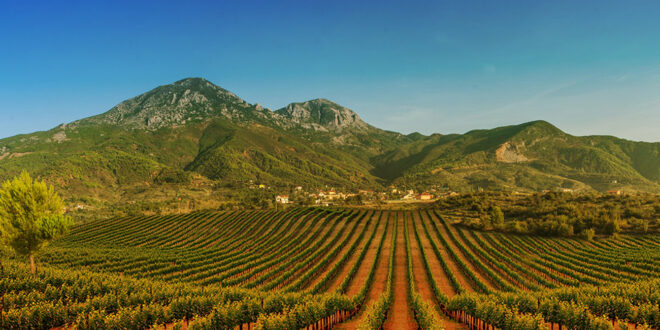 Wines from Albania: diamonds in the rough

To best describe Albania as a wine-producing country today, a bit of irony must be applied. Its viticultural history dates back to at least the 8th century BC, when ancient Illyrians inhabited the Balkan peninsula; yet, now, nearly 3,000 years later, Albania is at an infancy stage of modern-day wine development, a diamond in the rough virtually unknown to most of the wine world.

Why infancy? Colossal challenges had occurred throughout those millennia, especially during the last half of the previous century, when Albania was a repressively-run communist country whose winegrowers had to turn over their grapes to state factories churning out volumes of quality-challenged wine.

After communism collapsed and the free market economy took hold in the early 1990s, thousands of vineyards were abandoned or converted for other agricultural uses by new landowners with bitter memories of the old regime’s dictates.

Since then, however, an ever-increasing number of forward-thinking oenologists and growers have honed the potential for serious quality winemaking and are taking it to impressive heights. Some have even fine-tuned their expertise by working at wineries abroad, such as in Italy and France, or with foreign winemaking consultants visiting Albania.