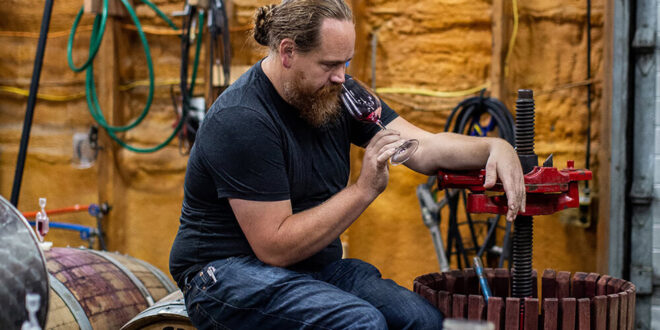 Few wine regions in the world can also claim to benefit from one of the planet’s most vibrant gastronomic and hospitality communities. The quality and consistency of New York wines has evolved in tandem with a thriving gastronomic scene, with restaurateurs and sommeliers as instrumental to the increasing confidence and character of the region as its winemakers and growers.

Indeed, much of the rapid transformation of New York wine in the past couple of decades has been a matter of love in addition to talent. The appreciation and rediscovery by the state’s hospitality community validated the work of producers, the character of the different regions and the potential to brush shoulders with top international counterparts in the best wine lists and pairing menus.

A journey of discovery

For Mara Rudzinski, sommelier and managing partner at Contento in Harlem, New York was a key part of a journey of personal and professional discovery. ‘My last trip before the pandemic was to the Finger Lakes. Having been caught up in the European side of wine through most of my career, being able to develop a wider wine list has been exciting. And discovering New York wines has been at the forefront of that excitement.’ This echoes the journey experienced by many in the industry. 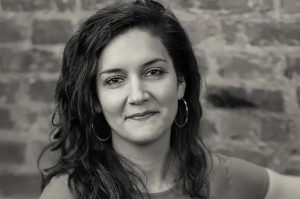 Some, like Charlie Marshal, went a step further and reverted to a New York-only wine list. The head chef and owner of eponymous The Marshal, a small wood-fired farm-to-table restaurant in Hell’s Kitchen, only features local produce in his menus. ‘At almost any other farm-to-table restaurant that I know – although this is starting to change – the concept stops with food. We wanted to change that and have a 100% New York wine list. We believe that by representing New York and its producers throughout all our menus we’re doing a more thorough and realistic job as a locally-sourced restaurant.’

Marshal explains that his move was made possible, if not inevitable, by stronger distribution networks, availability and focus on quality. Once relying heavily on cellar-door sales, the increased interest of sommeliers and chefs catalysed the consolidation of other distribution channels to support a growing presence of New York producers in bars and restaurants, within the state and beyond.

Boundaries have been blurred, with key players bridging the two sides of the counter and developing wine projects while also hosting diners. Pascaline Lepeltier MS, partner and Head Sommelier at Racines, has forged a successful partnership, chëpìka, with winemaker Nathan Kendall, championing hybrid and native varieties. Christopher Bates MS is another outstanding driving force, both as the mastermind of FLX Hospitality and as co-owner of Element Winery, a project that has long been turning heads, beating iconic European powerhouses at infamously fantastic blind tastings. 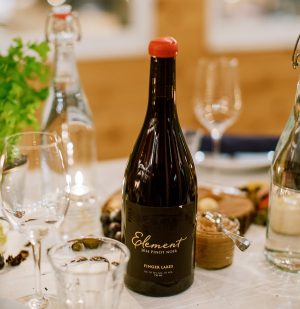 ‘We [Bates and his wife, Isabel Bogadtke, a German-born winemaker] started Element Winery back in 2007, after a period living in Italy and Germany, and really wanted to explore the potential we believed Finger Lakes had to produce really great wine.’ While witnessing the rapid development of the Finger Lakes’ wine community, Bates realised it needed to go alongside that of hospitality for the region to fully bloom. The realisation has led to the investment in Element, on the one hand, and on their many venues, where wine plays central stage. The famous popcorn chicken and B&B fried pickles, on the menu at FLX Fry Bird, are arguably some of the most delicious, if unlikely, companions to the region’s Rieslings.

‘We need to attract a new group of wine-loving consumers,’ says Bates. He has been surprised by the interest and attention New York wines attract in some of the world’s key markets, such as the UK or Japan, which in turn made domestic communication and sales easier. ‘It’s easier to…