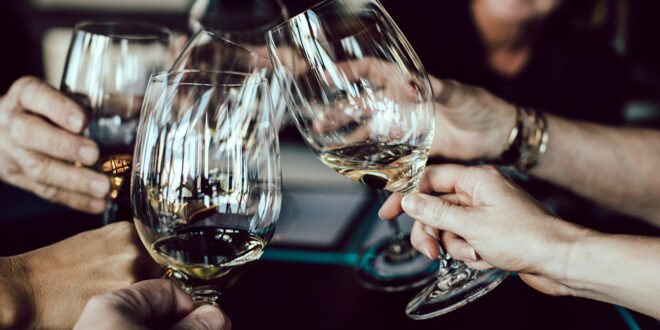 Sales revenue at premium wineries in SVB’s database increased by an average 9.7% in the first nine months of 2022, and this momentum was not expected to have weakened in the final quarter of the year, the report said.

It also cited Sipsource data showing demand for wines above $15-a-bottle was rising.

By contrast, SVB said there is declining demand for wines below $15. This constitutes the majority of the market, and consequently the US wine industry ‘experienced negative volume growth’ in the first nine months of 2022.

SVB reiterated previous remarks about younger generations not drinking wine like the ‘baby boomer’ generation, and it again warned that was one of several challenges faced by the wine world.

‘The positive growth in premium wine sales is expected to continue into 2023, tempered by the shadow of demand concerns due to the lack of adoption by consumers younger than 60,’ said Rob McMillan, author of the report and founder of SVB’s Wine Division.

‘Concerns about alcohol on health, difficult global economic conditions and the growing influence of climate change is impacting consumer behaviour,’ he added.

Older wine lovers are still buying bottles, the report said. ‘The consumer population for wine still skews to those over 60, and that is a segment that is growing,’ wrote McMillan.

Other data sources also pointed to ongoing growth for premium wine in the US.

Yet IWSR said overall volumes dropped 2% across the US wine sector in 2022, suggesting a second consecutive year of decline, despite rising demand for sparkling wines.

Beverage analyst Jon Moramarco, managing partner of Bw166 consultancy, said in a blog this week that the amount of wine entering distribution channels in the US in 2022 fell by 3.8%.

He attributed this largely to decline in ‘flavoured wine beverages’, though, and said volumes of traditional still wines were up by 0.7% for the year. Sparkling wine volumes rose by 3.5%, and a better year for restaurants and bars drove consumer spending on wine to $84bn, up 4.5%, he wrote.

Against a backdrop of higher costs, inflation and warnings of recession, the economy was a major concern highlighted by wineries in an SVB survey.

‘The overall Winery Sentiment Index came in at a record low point of minus 15,’ it said.

Yet winery respondents remained positive about consumer demand. The report also noted ‘40% of owners responded that 2022 was one of their better years or their best year yet’.

McMillan wrote that a low level of wine stocks, partly due to small harvests in California, means there is balance between supply and demand.

Which countries drink the most wine?