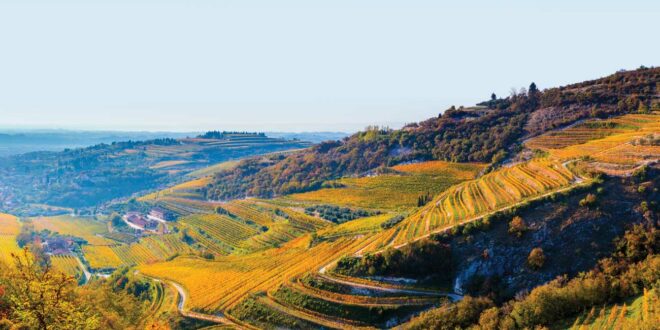 Of the many marvellous wine areas in Italy’s Veneto region, Valpolicella stands out for its combination of vine-covered landscapes and magnificent red wines rooted in fascinating traditions. First and foremost is the celebrated Amarone della Valpolicella DOCG, which may soon be awarded UNESCO World Heritage status, its wines made with local grape varieties dried by the ancient appassimento method. It’s a historic winemaking area – even its name is often interpreted as ‘valley (val) of the many (poli) cellars (cella)’.

The Valpolicella area, where the four traditional wines are produced (Valpolicella DOC, Valpolicella Ripasso DOC, Amarone della Valpolicella DOCG and Recioto della Valpolicella DOCG, the sweet ancestor of Amarone) is composed of 11 valleys running north-south from the mountains of Lessinia (where delicious Monte Veronese cheeses are made) down to the flatter lands surrounding Verona, bordering the Soave area to the east and all within easy reach of the city. The historic zone, home to the Classico versions of the wines, is a compact stretch between Verona and Lake Garda.

The regional climate created by Lake Garda’s mild influence, combined with cooler breezes from the mountains, is ideal for the vines, which are usually pergola-trained to prevent the small, thin-skinned Corvina grapes from scorching in the summer sun. Corvina is the principal variety, which, together with Corvinone and Rondinella, forms the trio of native grapes that make up Valpolicella’s wines. The rows of pergola vines, along with dry-stone walls, olive trees, stone farmhouses and elegant villas, characterise the landscapes here. 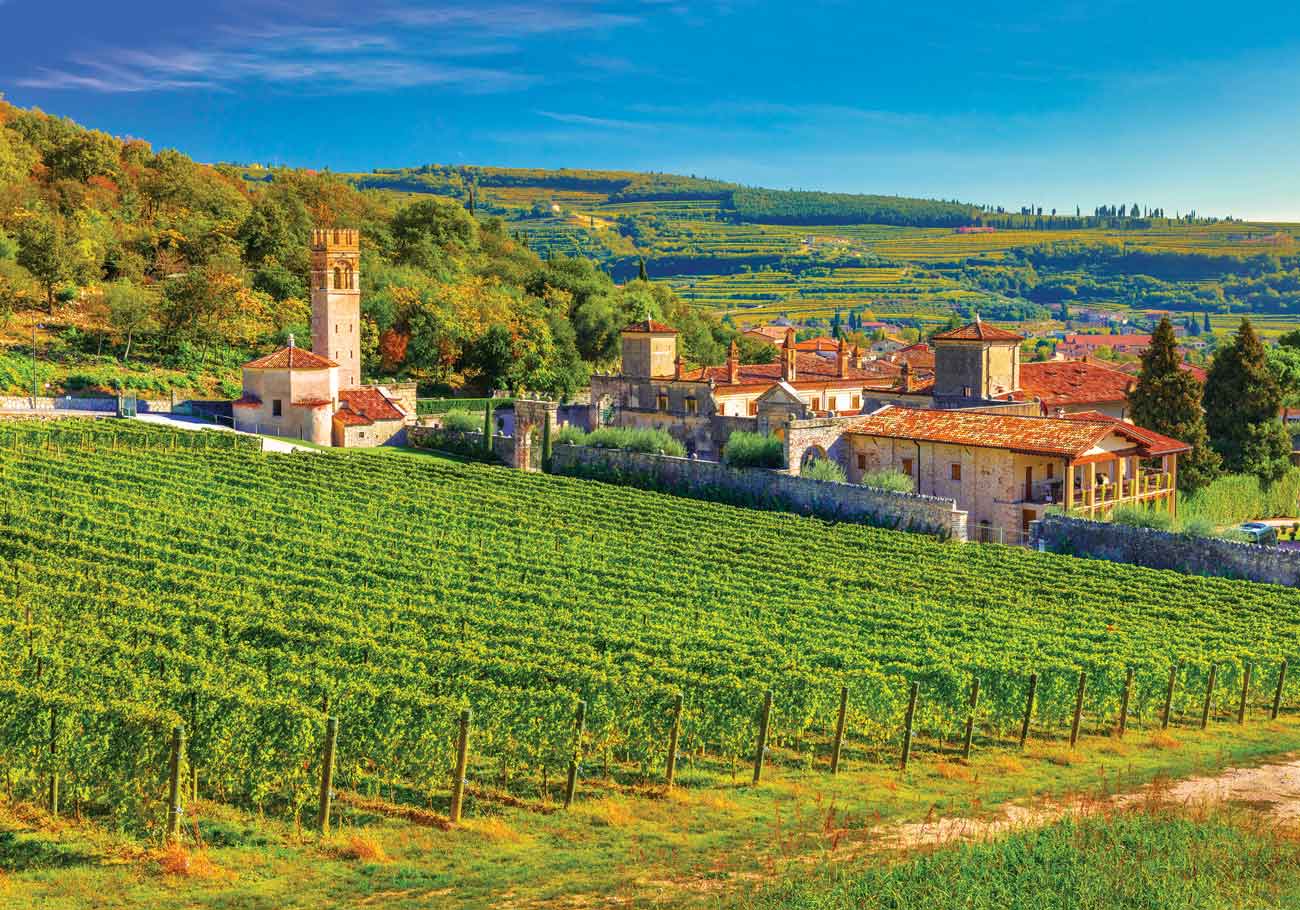 The area is well set up for visitors, with many Valpolicella wineries offering accommodation, and multiple opportunities for walkers and cyclists. One winery offering trails through the estate, as well as rooms and a restaurant, is Massimago in the unbuilt-up Mezzane valley, east of Verona. It’s run by Camilla Rossi Chauvenet, part of a new generation bringing a fresh vibe to the scene with a wine range including a pe?t-nat rose? made from traditional varieties, alongside several Amarone crus.

Another young winemaker experimenting with different styles using local grapes, including a dry, mineral-infused still white made from Corvina and Garganega, is Gabriele Righetti of I Vigneti di Ettore near Negrar in the Classico zone (see ‘My perfect day’, below).

Accordini Stefano, high in the hills, offers a range of rooms and visitor experiences, and makes zippy white and rose? Corvina sparklers. Accordini became independent in the 1970s when sharecropping ended, buying a plot where grapes are now sourced for top-range wines made only in the best years, including a Valpolicella Ripasso Classico Superiore.

Although Ripasso (made by adding the dried grape skins from Amarone production to a Valpolicella to encourage further fermentation, bringing depth and richness) is Valpolicella’s top-selling style, many winemakers consider Valpolicella Superiore – in which no grape-drying is involved – their most representative. Prominent Classico zone producer Allegrini uses a double-fermentation technique differing from Ripasso, with dried grapes (rather than just the skins) used for the second round of fermentation for its Palazzo della Torre, named after the family’s Renaissance villa. Another iconic Allegrini wine is La Poja, the winery’s superb Corvina varietal.

Outside the Classico area, Valpantena, just northeast of Verona, is currently alone among Valpolicella’s valleys permitted a mention on labels. Here, the Collina dei Ciliegi winery is scaling new heights, literally: its vineyards, at 670m above sea level, are among Valpolicella’s highest. Aiming for fresh, mineral wines reflecting the chalky terrain,…