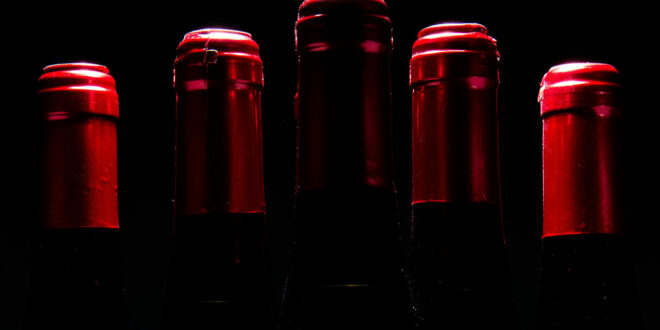 Thieves steal hundreds of fine wines in Austria and Norway

Thieves continued to target some of the world’s most sought-after fine wines at the end of last year, with Austria’s Kracher Fine Wine and Norway’s Park 29 restaurant among the latest businesses to fall victim.

Around 600 or 700 bottles of top-end wines were stolen at the end of November from Kracher Fine Wine, the merchant business that sits alongside highly regarded Kracher winery.

‘They knew exactly what they were looking for,’ director Gerhard Kracher told Decanter this week, adding some of the wines were not replaceable.

A list of wines taken was published via the Wein.Plus publication, and Kracher said the list was accurate. It includes top vintages and names from Bordeaux and California, from Châteaux Latour and Lafite Rothschild to Harlan Estate and Inglenook Rubicon.

Kracher said several other Austrian merchants has also been targeted by burglars in the previous 12 months.

He told Decanter the estimated value was still being calculated, and the restaurant’s insurance company was looking into it. ‘We assume it’s between NOK1.2 million and NOK2m (£99,000 – £166,000), but we don’t know yet,’ he said.

Bade also believes the thieves knew what they were looking for. ‘They have at least looked at our wine list before they walked in,’ he said, adding Park 29 has a strong reputation for its wine menu in Norway. ‘They were so professional. It looked like somebody hadn’t been there.’

He said the situation was ‘really frustrating’, particularly because many of the wines are hard to replace.

Park 29 is well-known for its Champagne list, although relatively few top Champagnes were stolen. ‘They have just walked through a lot of good Champagnes,’ said Bade.

Kracher and Bade told Decanter they have increased security measures for their respective cellars. Kracher said, ‘We have a brand new alarm system, new camera system, our doors are new and stronger now.’

However, both also said they didn’t expect to see the stolen wines again, despite raising the alarm within the trade.

‘A lot of these bottles have their own serial number, so we have mentioned that to importers and also the wine monopoly [Vinmonopolet],’ said Bade. He added, ‘I think the bottles unfortunately are gone.’

The news follows the theft of around 132 bottles of high-end wines from Michelin-starred restaurant Coque in Madrid at the start of November.

The post Thieves steal hundreds of fine wines in Austria and Norway appeared first on Decanter.


Source : https://www.decanter.com/wine-news/thieves-steal-hundreds-of-fine-wines-in-austria-and-norway-495790/
Share
Previous The multitasker (4 screens at once… 2x iPads… one Pixel phone… a MacBook Air… and a glass of champagne)
Next Daily Wine News: Challenges Ahead