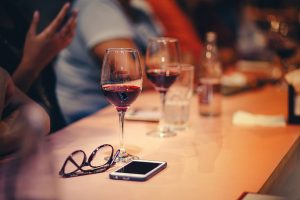 Tim Atkin considers all the challenges the wine industry will face in the year ahead. “Inflation in Europe and North America is at 30-year highs. In the UK it was predicted to peak at 11 per cent in the final quarter of 2022 and to slow to five per cent by the end of this year. But that will be too late to stop it driving the biggest price shock for wine drinkers in a generation. The price of wine in British restaurants has risen especially noticeably – and painfully – in the past year. And we have not yet even begun to see the full impact on consumer demand of inflation, energy costs and higher mortgages.”

In Wine Enthusiast, Jacopo Mazzeo explores the worldwide phenomenon of pruning competitions. “Usually aimed at professional agricultural workers, they come in a diverse range of formats. Generally, these competitions entail a number of timed challenges undertaken by solo competitors or teams, with accuracy playing a key part in the final score. Glory and honor aside, winners may be rewarded with prizes such as professional tools, cash or other perks. Providing vineyard workers with recognition is the principal purpose of these events. But the contests also shed light on an aspect of wine production often perceived as unglamorous in the hopes of inspiring a new generation of agricultural workers.”

In the Drinks Business, Arabella Mileham reports on the start of the Burgundy 2021 en primeur campaign, which experts are calling “unusual” but an exciting return to the freshness of the 1990s.

On JaneAnson.com, Valeria Tenison reports on recent protests by Bordeaux winegrowers, more than half of whom are “earning less than minimum wage.”

Mike Veseth, the wine economist, explores the range of information available on wine labels, as well as efforts to improve them.