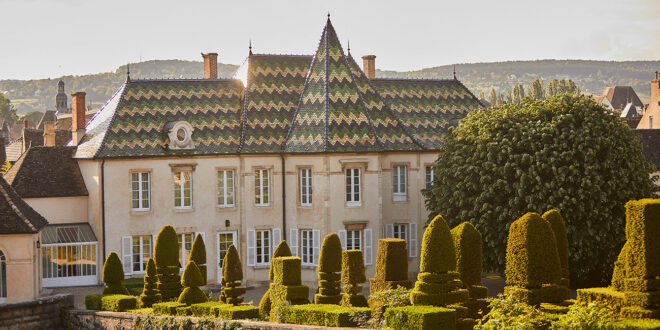 Founded in 1731 in Beaune by Michel Bouchard, Bouchard Père & Fils remains one of the oldest, family-owned estates in Burgundy. In 1995, Joseph Henriot purchased Bouchard Père & Fils to join Champagne Henriot and later acquired William Fèvre (Chablis) in 1998. The Henriot family then purchased Beaux Frères (Oregon) in 2017, all of which come under the ‘Maisons & Domaines Henriot’ umbrella. Joseph remained a custodian of the house’s history and style until his untimely death in 2015. His nephew, Gilles de Larouzière Henriot, is now President and CEO of the group.

The history of the Maison has taken shape through the acquisition of iconic plots. Bouchards’s first vineyards were purchased in 1755 by second generation Joseph Bouchard in the renowned Volnay climat Les Caillerets, marking the beginning of the development of the family’s holdings. The purchase of the Beaune Grèves Vigne de l’Enfant Jesus followed. Expanding the estate’s holdings remained a strategic priority for the successive generations, with more key terroirs in the best Villages of the Côte d’Or purchased in the 19th and early 20th centuries. 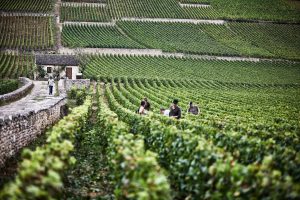 Today, Bouchard owns 130 hectares of vines, of which 12 are classed as Grand Cru and 74 as Premier Cru, ensuring Bouchard are the largest owners of Premier and Grand Cru vineyards in the Côte d’Or. Their holdings span over 48 km from north to south with a mosaic of 450 different individual plots. Bouchard Père & Fils holds an unparalleled selection of unique sites, each expressive of the slice of Burgundian history they represent, within prestigious appellations such as Montrachet, Corton-Charlemagne, Beaune Grèves Vignes de l’Enfant Jésus, Bonnes-Mares, and Meursault Perrières. Bouchard are in fact the largest owners in Meursault and have unique ownership in the Chevalier-Montrachet appellation, being the only house to own land on all four terraces.

Among the estate’s holdings are four monopoles and multiple exclusivities, supporting the development of a deep, in-house knowledge of the specificity and character of each parcel. This in turn is translated into every single bottle, from entry level to Village, Premier and Grand Cru wines. Cellar Master Frédéric Weber and his team dedicate the same care and attention to all Bouchard wines, regardless of appellation and classification, pursuing the same quest for terroir expression and approachable elegance. 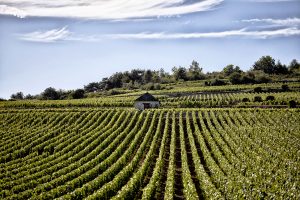 These fine wines, crafted by Frédéric and his team, are stored in the cellars that run deep underground beneath the Château de Beaune, providing ideal natural storage conditions. Purchased in 1820 by Bernard Bouchard, the Château de Beaune is a former royal fortress built in the 15th Century by King Louis XI. Four of the five original towers, as well as parts of the ramparts, still stand today and have featured on the list of historic monuments since 1937. The cellars, up to 10 metres deep, allow the wines to develop and age undisturbed. These include a unique collection of over 2,000 bottles from the 19th Century. A priceless historical legacy with, as its icon, the oldest wine – a Meursault Charmes 1846 which still retains its lustre. 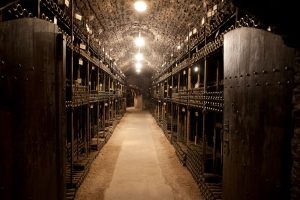 Care, patience, creativity and relentless attention to detail, from root to barrel, shape the ethos of Bouchard Père & Fils, now with a renewed focus on sustainability. Every Bouchard Père & Fils vineyard is managed under sustainable viticulture (certified as High Environmental Value L3 since 2015) in order to bring out the authenticity and full potential of the grapes and climats.  50 hectares of the Bouchard estate are already organically farmed, with Bouchard, along with their sister house William Fèvre, under the process of converting to certified organic viticulture, which will be fully realised in 2026. The constant attention to detail also continues at harvest, when the grapes are picked by hand, placed in small…