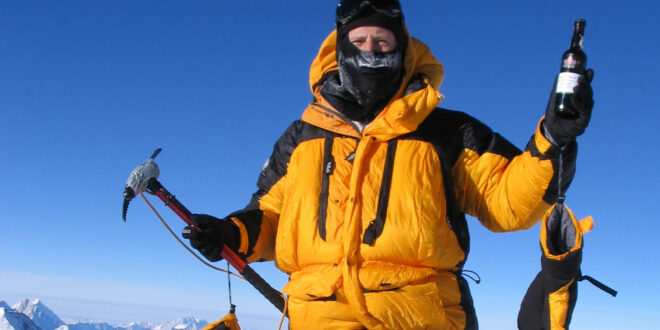 A drink with… Adrian Bridge

Starting his career in the British Cavalry Regiment the 1st The Queen’s Dragoon Guards, Bridge moved to Portugal in 1994 and is now CEO of The Fladgate Partnership, which produces Taylor, Fonseca, Fonseca-Guimaraens, Krohn and Croft Ports. Bridge has been a driving force behind wine tourism in Porto, opening The Yeatman Hotel in 2010 and developing the city’s new Cultural Quarter including the World of Wine in 2020.

‘We can help to deseasonalise Port; try to encourage consumers to have Port at other times of the year, Port is not just for Christmas. People’s perception is well I’ll have a small glass of Port after Christmas lunch, because it’s traditional, to actually then giving people the confidence to enjoy Port and try it at different times of the year.’

‘I’m lucky because I get quite a large number of Ports to try. But at Christmas I think it is a special moment because you’ve got family around. So I want to open some good old vintage Ports, because those tend to be the special bottles you’re keeping for special occasions and I think Christmas with the family is a special occasion.’

‘What vintages are drinking well? The 70s are still wonderful – the 77s – and the 85s are great. Recently I’ve had some of the 92s and 94s and really enjoyed those.’

‘At 1828 steakhouse we serve young vintage Ports with the steak – and I find that a tremendously good combination. The latest young vintage is packed with fruit and lusciousness and actually the sweetness of that goes so well with the meat.’

‘On Christmas Eve we tend to do bacalhau which is Portuguese salted cod, done one way or another. But my favourite is probably bacalhau com natas, which is bacalhau with potato and cream, baked in the oven.’

‘I’ve had Christmases in all sorts of places: Antarctica was pretty interesting. When we arrived we had a white-out, which meant doing nothing for about a week, because you couldn’t see which way was up. I remember there was a major shortage of alcohol, because everything in Antarctica has to be flown in. So if you didn’t bring it with you: tough. We were with some South Africans who drank most of what they brought with them fairly swiftly – and prices of a bottle of whisky were $10,000.’

‘I’ve also done Christmas in St Lucia – I remember dressing up as Father Christmas on the beach.’

‘I’m a strong believer that there’s a wine for every occasion. And there are certain places in the world where people make fantastic wines. I love Champagne, but I’m particularly fond of Rieslings from Alsace.’

‘I think Riesling is a wonderful grape. The most recent one that I tried was from Portugal which tasted incredible. It had a very petroleum nose, very similar to an Alsacian, so I was quite surprised by that. It was from North Alentejo.’

‘I gave up coffee about 24 years ago. But the exception is Italy. I’ll have a cappuccino, if I’m on an Italian piazza in the morning, in Florence or somewhere, sitting with a nice cappuccino, thinking “Yes, I’m in Italy, living la dolce vita: me and my coffee”.’

‘I’m very privileged because it is difficult to tire of the Douro. But I also think I’m quite restless. I like to go and explore other places. I love mountains because I climb mountains, I feel solitude in mountains and I feel really in awe of nature – which I guess is what you get with the Douro as well. You look around you and can only be in awe of nature.’

‘This summer we were in Svalbard, looking at polar bears from a ship, well above the Arctic Circle. We spotted lots – it was great. I also…