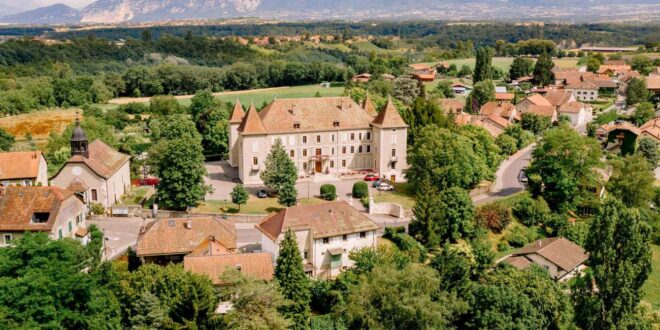 Sadly, the excellence of Swiss wines is unbeknown to many, mainly because less than 2% of the country’s wine is ever exported. Swiss wine’s lack of fame is not a question mark on its quality but rather because it is produced mainly for, and consumed happily by, the Swiss themselves. If you want to relish the Swiss nectar, you’ll likely have to fly there. And that’s precisely what I did.

While Switzerland has six wine regions, I decided to explore Geneva, the third largest wine-producing canton in the country, with more than 30 different grape varieties cultivated on one twentieth of its territory. And the best way to discover the wine trail of the Genevan countryside by yourself is on an e-bike.

Starting from the birthplace of the World Wide Web

Catching a tram from Geneva central station at 8:30am, I reached Meyrin in less than 20 minutes, where Gideon, my guide from ebiketour, was waiting.

‘The site where you are standing right now is where the World Wide Web was invented in 1989’, said Gideon as he explained about CERN, the European Organisation for Nuclear Research, before briefing me about the bike route.

‘Today we will be cycling 12 miles (20km) in the countryside of Geneva, guarded by Salève mountain in the south and Jura mountains in the north’, he continued, ‘and you’ll come across many vineyards, valleys and villages during your three-hour bike ride.’

The journey through bucolic landscapes 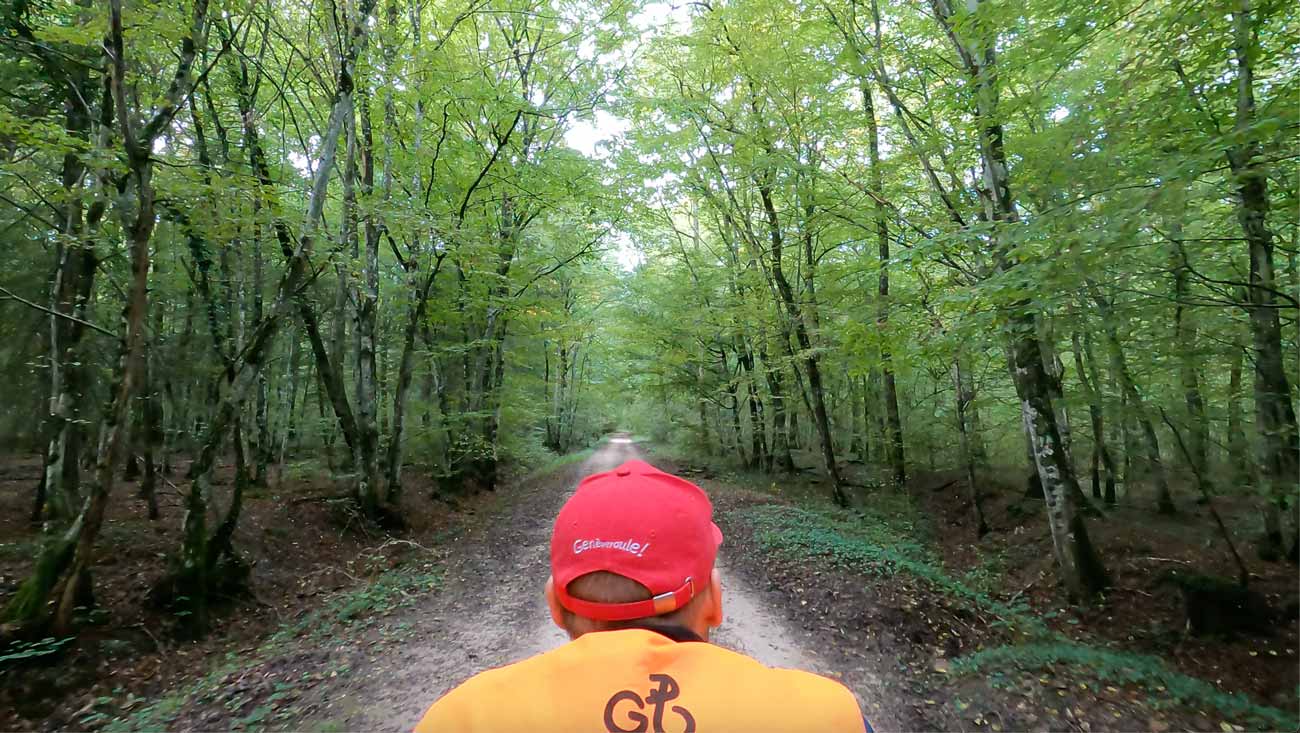 Wearing a fluorescent vest and helmet, I was ready to devour the beauty of the Swiss wines and countryside. We rode for an hour, mainly on a flat serpentine road immersing ourselves in Geneva’s wine trail while appreciating the countryside’s rural heritage. As I pedalled deep into the valley, I noticed the grape harvest season was almost over, and the lush vineyards had changed from vibrant and rich chlorophyll greens into the deep warm oranges, vivid yellows and golden browns of autumn.

At a roundabout, I saw grape harvesters singing and dancing to traditional Swiss songs in a trailer while sipping their Chasselas and Gamay. Sensing my curiosity, Gideon explained that grape harvest season heralds celebratory wine festivals in autumn. This was one tiny display of the mega festivities that unfold throughout the alpine nation, the biggest of which is a three-day festival held in Neuchâtel at the end of September. Another prominent festival is ‘Fête des Vignerons’, the Winegrowers’ Festival held (supposedly) once in a generation at Vevey since 1797.

Inhaling the crisp alpine air and soaking in the beauty all around, I forgot whether I was in Switzerland or France as all the signs, village nomenclature and even building architecture were quintessentially French. Silently cruising on the trafficless road, we crossed the villages of Bourdigny Dessous, Bourdigny-Dessus and Choully of the Satigny municipality before arriving at our first pit stop – Domaine Les Perrières.

The handbrakes came into action as soon as we reached the cellar of Domaine Les Perrières, an award-winning winery tucked away in the picturesque village of Peissy opposite the iconic bell tower of a thousand-year-old chapel. Tracing its origins back to 1794, the Les Perrières winery is today run by the eighth generation of the Rochaix family.

The molassic and clay soils and the region’s mild climate contribute to the estate’s fruit-forward wines made using 17 different grape varieties, said commercial director Frederic Rochaix. The incredibly aromatic Sauvignon Blanc and the indigenous Swiss variety Gamaret were my highlights. The apple juices were equally delicious.

Re-energized, we continued our journey. The landscape wore several outfits on the way – from beautiful sunflower meadows to golden vineries to giant cedars. We passed through hilltop hamlets of La Tuilière, Essertines and…