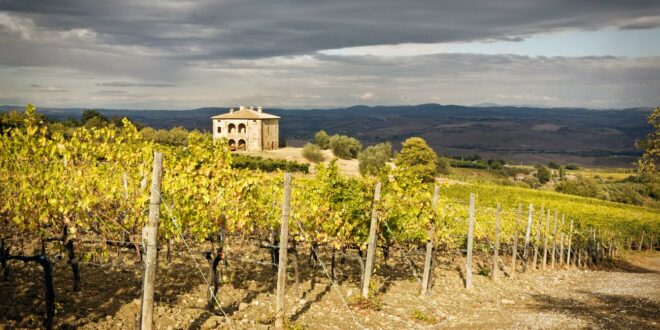 The image of an older gentleman walking along the cypress-lined avenue of Il Greppo in Montalcino dressed in the typical Italian ‘casentino’ coat is arguably one of the most famous photographs of Franco Biondi Santi. The owner of Tenuta Il Greppo, who passed away in April 2013, was considered a fiercely traditional winemaker of Brunello di Montalcino.

Scroll down to see tasting notes and scores for a Biondi Santi, Brunello di Montalcino Riserva vertical spanning 12 years between 1971 and 2016

Franco was obsessed about the freshness of his Brunello and famed for being the first to harvest each year in Montalcino. Not by chance his wines have always been austere, particularly when young, with an outstanding ability to age.

The French group EPI, who purchased the estate in 2016, have delayed the release of the 2017 vintage, simply stating ‘it’s not ready yet’ – which is not bad news at all.