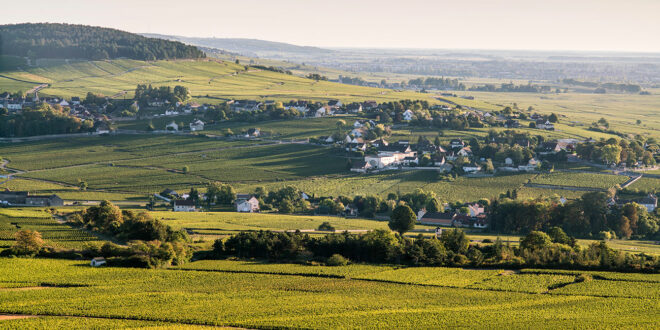 Tight allocations are not new to Burgundy, but 2021-vintage en primeur release volumes may be even smaller than usual in some cases.

Severe frost and mildew challenges during the growing season hit yields, even if some excellent Burgundy 2021 wines have still been produced and not every area was affected equally.

‘The quantities are particularly under pressure in the Côte de Beaune, and particularly for the Chardonnay,’ said Guy Seddon, head of fine wine buying at merchant Corney & Barrow.

‘We’ve got a number of producers who are looking at losses of 70% or 80% – that sort of magnitude,’ he told Decanter in late 2022. It’s more of a mixed picture in the Côte de Nuits, he added, although volumes are down overall.

On the subject of allocations, he said, ‘We try to be as fair as possible when we’re allocating wine and we try to spread it as far and wide as possible, but there’s a simple matter of maths. If you don’t have as much to go around then inevitably there is going to be more of a squeeze on allocations.’

He referenced a ‘real squeeze on allocations’ after Burgundy’s 2016 vintage, another frost-hit year.

Fellow UK merchant Goedhuis & Co said it also expected a lot of pressure on allocations, and has secured wines from a few new domaines to try to alleviate some of this.

Corney & Barrow will not hold an en primeur tasting in January, although the event will return in January 2024 for the 2022 vintage, Seddon added.

UK merchant Lay & Wheeler is holding a tasting on 11 January, but with fewer spaces available than normal and Cellar Circle members getting priority on tickets.

Robbie Toothill, Lay & Wheeler’s head of wine, said of the upcoming Burgundy 2021 en primeur campaign: ‘In short, yes, the release will be smaller than usual as the yields across the region are lower than average.

‘They have varied considerably from village to village but in some cases the losses have been very dramatic – at Domaine Olivier Leflaive Frères, for example, who we’ve worked with for years, production is down 75% compared to the average.’

Toothill added: ‘The silver lining is that although quantity has been hit, quality has not, and excellent wines have been produced all over the region.’

Charles Curtis MW, Decanter’s Burgundy correspondent, wrote in his Burgundy 2021 en primeur report that some excellent white and red wines can be found. ‘Buyers who choose carefully will be delighted by the classic style of this vintage,’ he wrote.

Chablis 2021: top-value wines to seek out