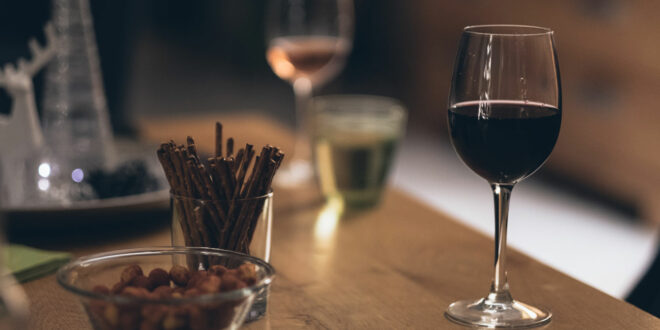 What the Decanter team is drinking this Christmas

It was a big year of Decanter travel for me, heading to Napa and New York in June, South Africa in October and most recently a week each in Margaret River and South Australia. These trips have formed the basis of my festive selections.

Christmas lunch on North Stradbroke Island (reunited with my family after four years, no thanks to Covid) always starts with oysters, followed by a bucket of prawns. Cue elbowing away a dozen others to peel and eat the biggest ones as fast as possible before diving in for more.

Only a fool would pause to take a sip of wine during this melee, but after the shells have been cleared, it’s time to savour a glass or two. I’m thinking of a blanc de blancs sparkling from DAOSA in the Adelaide Hills, a Polish Hill Riesling from Jeffrey Grosset in the Clare Valley or one of the outstanding single-site Chenin Blancs from David & Nadia Sadie or Alheit Vineyards in South Africa’s Swartland.

Classy Chardonnay always works a treat with my sister’s gravadlax. Maybe a Margaret River option like Cullen’s Kevin John or McHenry Hohnen’s Calgardup Brook? Or something from Ataraxia or Creation in Hemel-en-Aarde?

Temperatures are unusually moderate in Queensland this December, so perfect to enjoy a big red with the barbecued joint of meat. Too many choices here. Will it be a Napa Cabernet from Corison, Favia or Gallica? A Barossa Shiraz from Yalumba, Henschke or Rockford, or even Donovan Rall’s super Ava Syrah from Swartland? Then again, who can go past a McLaren Vale Grenache – particularly in tribute to the late D’Arry Osborn of D’Arenberg.

Whatever the bottles will be, many toasts will be made in thanks to so many wonderful producers around the world whose wines have seen us through yet another eventful year. Here’s to 2023!

This is the first Christmas since my beloved mother died in February, and so will be a low-key affair for my family. Usually we spend the holiday on the north Devon coast, but we all wanted a change in routine this year so will be staying local. One advantage of that is not having to transport all the wines for the holidays down to Devon – that’s a lot of planning and a lot of wine when it comes to my family.

On Christmas Day this year we’ll be raising a glass in my mother’s memory, with the wines that she loved the most, New Zealand Sauvignon Blanc (Elephant Hill in Hawkes Bay is a favourite) and blanc de blanc Champagne – as it’s Christmas, we might push the boat out with the recently launched Taittinger Comte de Champagne 2012. She loved Champagne so much that she even accompanied me to record a guest slot for BBC Radio 2 – it was me, fellow wine expert Susy Atkins, and my mother, as the interested consumer. Just one of many special memories.

Finally, after two years of difficulty, Christmas and New Year’s seem to be returning to a sense of normalcy. I am flying my mother across the country to see her granddaughter, realising that since she was born, I’ve been a distant second fiddle.

When it comes to new wine discoveries, I’ve got two Oregon producers in mind that will allow me to show my friends and family new wines and unknown names.

For bubbles, I’ll be popping a cork from a little-known producer of Oregon sparkling wines, Kramer Vineyards. Kim Kramer may just be one of the most underrated winemakers in Oregon and is particularly deft with bubbles. Her Kramer Vineyards 2017 Brut Blanc de Blancs with 47 months of tirage is wildly delicious, both fresh and opulent. Were it from France; it would cost two to three times its price.

A Syrah, typically from Washington…