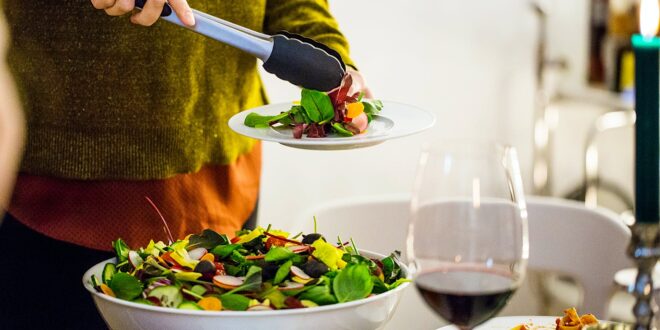 New research adds to abundant evidence that antioxidants found in wine, tea and many fruits and vegetables can powerfully shape brain health as people age. In a study published in November in Neurology, the medical journal of the American Academy of Neurology, scientists at Chicago’s Rush University Medical Center found that higher intake of flavonols, a class of bioactive polyphenolic compounds found in significant concentrations in tea and wine, slows overall cognitive decline and improves long-term brain health. The study follows similar research by the same team in 2020 that specifically linked flavonols with reduced risk of Alzheimer’s.

The researchers found that higher total flavonol intake, especially of quercetin and kaempferol, was strongly linked with improved neurological performance. Compared to those who consumed the lowest amount of flavonols, people in the highest quintile of flavonol consumption (equivalent to seven servings of dark leafy greens per week) showed a 32 percent decrease in cognitive decline.

While many wine drinkers know about resveratrol, which belongs to a class of polyphenols called stilbenoids, flavonols may be less familiar. (Confusingly, they are related to flavanols, yet another class of bioactive compounds found in wine. No one said organic chemistry was easy.) All of these compounds are antioxidants that possess anti-inflammatory properties, which can have significant health effects, especially as people age. The new study is one of the first to demonstrate links between flavonols specifically and brain health in humans.

Dr. Thomas Holland, lead author of the study and a physician scientist at the Rush Institute for Health Aging, told Wine Spectator that a balanced diet is key to long-term brain health. He advises people to, “eat your fruits and vegetables, particularly dark leafy greens, and drink some tea and/or wine every now and again.”

Holland adds that “nuts, berries, beans, whole grains, fish, poultry and extra virgin olive oil” are also good to include in a balanced diet, which allows “for an optimized intake of a diverse quantity and quality of vitamins, minerals and bioactives.”

The study participants ranged from 58 to 100 years old and were primarily female, white and highly educated. The study also notes that, “participants with the highest levels of flavonol intake were on average younger, more educated, consumed fewer calories and were more physically and cognitively active than those with the lowest flavonol intakes.” Though the study controlled for potentially confounding lifestyle factors, it relied on self-reported dietary intake, which is prone to recall bias.

Holland emphasizes that it’s relatively easy to consume a high level of neuroprotective flavonols. To achieve the highest quintile of flavonol consumption highlighted in the study, a person would have to eat just a single serving of dark leafy greens a day or drink 3–4…