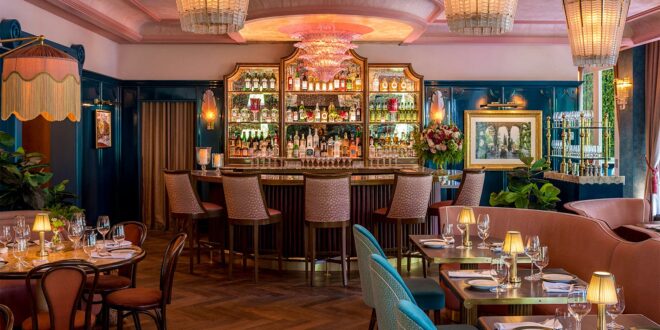 Slover says the Miami location will retain a focus on the wines of Northern Italy, especially Alto Piemonte and Valtellina. He notes that the cuisine—influenced by Switzerland, Austria, France and beyond—requires wines with a particular kind of food-friendliness; he finds that fruit-driven Italian whites and reds with high-toned acidity and modest alcohol do best. While diners won’t be disappointed by the “gigantic” selection of Barolo and Barbaresco, fans of off-the-beaten-path Nebbiolo will swoon for the deep selections in Gattinara, Ghemme and beyond, including horizontals and verticals of producers such as Nervi Conterno, ArPePe, Antoniolo and more.

Slover is passionate about these overlooked, if not obscure, wines—which, he points out, offer the opportunity to taste Nebbiolo (one of his favorite grapes) with significant bottle age without breaking the bank. The list at Contessa’s Boston outpost contains some 10 pages of Nebbiolo; Slover hopes to match that in Miami.

Beyond Nebbiolo, Slover plans a smattering of whites from Trentino–Alto Adige, Friuli, Valle d’Aosta and elsewhere; Wachau and Jura bottlings will also make an appearance. He acknowledges that these aren’t the most requested wines on the list, but he says, “they add a slightly different color to the wine selections … a little bit more esoterica … without being super esoteric.”

While the full list is still rolling out, Slover expects it to be similar in size to the Boston location’s: around 425 selections, approximately half Italian, with the balance mostly divided between California and France. Champagne, at a variety of price points, and from growers and grandes marques alike, will also be a focus of the growing list: “Somms will be recommending Champagne with pizza.”

North of Miami, MFG has also debuted the Japanese Bocce Club (JBC), a signature restaurant at the Boca Raton. This collaboration is the final of four joint projects between the restaurant group and the historic luxury resort/private club; JBC joins Principessa Ristorante, The Flamingo Grill and Sadelle’s in a lineup of new culinary and beverage destinations that rolled out from late 2021 through spring 2022.

JBC, which is open only to resort guests and members of the Boca Raton club, overlooks the Boca Raton’s original bocce courts, where guests can play a game before or after dinner. The courts “served as the inspiration to re-envision the space and infuse elements of my Italian heritage, showcasing modern…