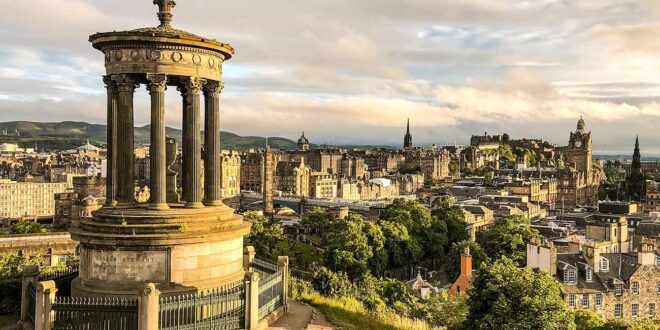 There’s no place like Edinburgh at New Year. While New York’s Time Square and Sydney’s Harbour Bridge might come close, there’s nothing to match the turning of the year in the nation that invented ‘Hogmanay’.

This year, Hogmanay will be particularly special in Edinburgh. After two years of Covid restrictions, the city is once more welcoming the world to its famous open-air party on Princes Street, complete with fireworks over its mediaeval castle, and plenty of live music in the days running up to the big day, and into the early days of January.

Millions of people will watch the festivities on television screens around the world but, for those lucky enough to make it to Edinburgh for New Year’s Eve, ‘Auld Reekie’ as it’s affectionately known will be offering Scottish hospitality at its best.

While Scotland’s capital city may be famous for its whisky bars, Edinburgh’s wine bars can become oases of calm for a moment or two of peace or provide exciting venues for even more exciting wines amid all those sights and sounds at Hogmanay. As the city comes back to life following the pandemic’s restrictions on hospitality, a mix of old and new venues stand ready to offer visitors ‘ceud mìle fàilte’ – a hundred thousand welcomes in Gaelic.

A selection of Edinburgh’s wine bars 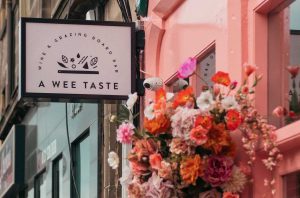 Courtesy of A Wee Taste

A Wee Taste might be the new kid on the block, but it’s already had a big impact. History teacher Karly Zagorac began running food and drink tours around the city in 2019 and now has her own permanent base from which to serve wines and grazing boards featuring local produce. Don’t be put off by the garishly Instagram-able pink paint – A Wee Taste has serious wine credentials, with bottles supplied by Livingston-based Wine Importers, plus beers and spirits from Drinkmonger, the bottle shop arm of specialist merchant Royal Mile Whiskies.

The very definition of a ‘hidden gem’, as you might well need a map and compass to find stubby wee Merchant Street beneath the Old Town. It’s worth the hunt though. Buried in the cellar beneath a sprawling Old Town skyscraper, it may feel like an odd choice on a long summer’s night, but its extensive range will more than hold your attention. Whether you’re an adventurous explorer or a budding Wine & Spirit Education Trust student, its wine flights are a real highlight and offer incredible value to boot.

If the smell of fresh seafood doesn’t lure you inside Ecco Vino on windy Cockburn Street then the wine list definitely will. A favourite when winemakers come to visit Edinburgh, its list is cleverly segmented into styles rather than countries, with plenty of wines by the glass, and some big names at affordable prices. Although that seafood is the star of the show, it’s worth pursuing its blackboard options too, especially the extra light Pinsa Romana pizzas.

Head down the hill from the New Town and you’ll arrive in the upmarket enclave of Stockbridge and neighbouring Comely Bank, home to two of Edinburgh’s most exciting wine bars, one being Good Brothers. It’s gone through several incarnations over the years – especially while trying out a range of cuisines – but its current combination of wine bar and eclectic bottle shop is by far its best. I also credit co-owner Graeme Sutherland with introducing me to the delights of aged gouda. Look out for its newer sibling, Little Rascal, in Corstorphine, and its Winekraft shop too. 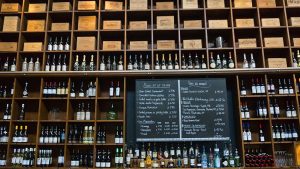 Once home to a Polish church, Le Di-Vin’s mock-Tudor facade houses one of Edinburgh’s best French wine bars. Whether you want Bordeaux or Burgundy, Loire or Rhône, there’s an…