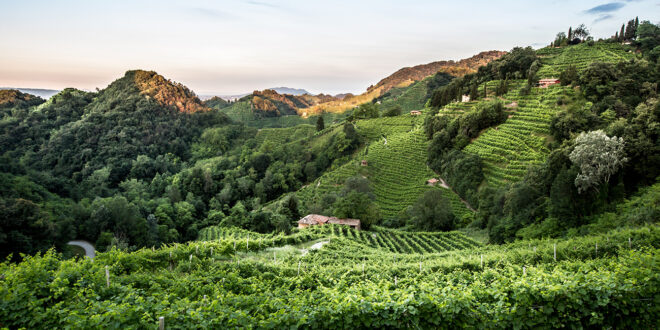 Carpenè-Malvolti – The enduring power of innovation, passion and style

So often, at the root of a great winery, is a visionary. One with tenacity and belief. This is certainly true of Carpene?-Malvolti, Italy’s oldest sparkling wine company. Founding father Antonio Carpene? set working precedents that have secured the company’s reputation as one of the greats of Prosecco.

Though subsequent generations have refined, polished, and developed Carpene? Malvolti’s wines and practices, they have much to thank their founder. A curious mind and a passion for wine made monumental impacts not only on the region of Prosecco but also his family and its future business.

Carpene? was a great believer in the region’s local grapes, especially Glera. He appreciated the grapes’ aromatic freshness and felt it had something special to offer.

A wine-lover and an inventor, Carpene? was convinced Glera would make great sparkling wine and set about developing a way to make it. He knew the answer wasn’t the traditional method. While looking for a way to retain the grape’s naturally floral freshness, he came up with the Carpene? method. It wasn’t the finished solution, but his research undoubtedly paved the way for the Martinotti/Charmat method which his son would help refine in the 1930s. 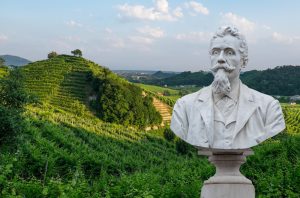 Belief. Passion. Innovation. These values have remained at the core of the company’s ethos as it has been taken over by subsequent generations, while allowing each family member to make their mark. Antonio’s son, Etile, was the first to use the Prosecco name on a wine label in 1924. The wine would get a quality boost under his stewardship, with the instruction of autoclaves a handful of years later.

In the decades that have followed Carpene?- Malvolti have continued to be Prosecco Pioneers. In terms of progress in the cellar, they were at the cutting edge of temperature controlled vinification in the late 1960s, which helped significantly improve winemaking.

Skilled communicators and marketeers, Carpene? Malvolti seized the opportunities that came with the development of television advertising in the 1950s. This played a pivotal role in securing their name as one of the leading Prosecco brands in Italy and consolidating their premium status, at home and abroad. 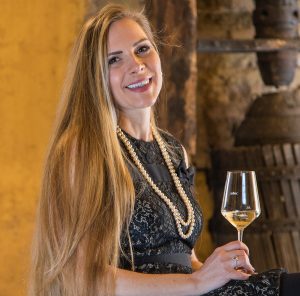 Getting to the top is one thing but staying there is, as we all know, about delivering consistently delicious and ever evolving and improving wines. The extensive range of wines show Carpene?-Malvolti’s drive for excellence and innovation is as strong as ever.

For instance, Valdobbiadene Superiore di Cartizze is a Prosecco made with grapes from the highest vineyards in the DOCG. This spotlight on Cartizze allows for a Prosecco that captures the vineyards’ unique qualities, bringing complexity and minerality to the wine.

Still relatively uncommon, the company also makes a single vineyard Prosecco, the 1868 Rive di San Pietro di Barbozza, named after the plot’s extremely steep, high-altitude, hillside location. All the vineyard work at this iconic site has to be done by hand, in what Carpene?-Malvolti refer to as ‘heroic viticulture’. The result is a richly fruited, stylish Prosecco.

Dedicated to founder Antonio Carpene?, the 1924 Prosecco is 90% Glera with a splash of other ancient varieties from the region. The wine spends 40 days in the autoclave to help bring additional flavour, texture and aromatics. The style is drier than most of its counterparts and with plenty of character. 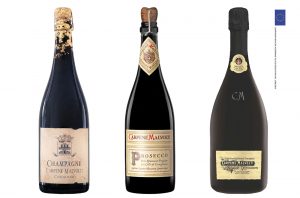 Carpene?-Malvolti was one of the first companies to take labelling and advertising seriously. Their campaigns started as far back as the early 1920s and were very unique. The distinctive label of that first Prosecco, released in 1924, was well considered, and it has impressively stood the test of time. It remains stylishly chic and evocative of all the company’s values. Labels which capture Carpene?-Malvolti’s long history are a feature of the brand, and there is…