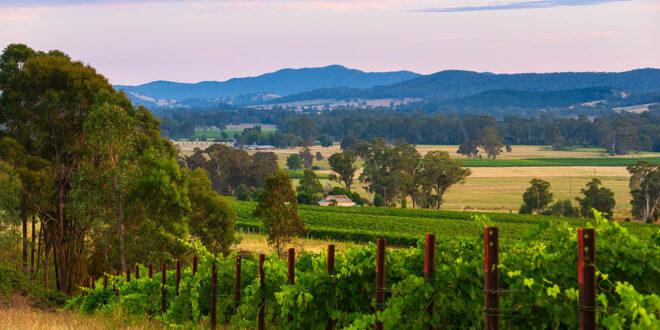 A delegation of wine producers from Victoria’s King Valley met with members of the Australian parliament in Canberra to reinforce their campaign to maintain access to the Prosecco name.

Their visit follows fresh talks between Australia and the EU on a possible free trade deal, which may impact who gets to use the term Prosecco for sparkling wines in the Australian market.

A spokesperson for Australia’s Department of Foreign Affairs and Trade told the Sydney Morning Herald that EU negotiators had wanted to add Prosecco to a list of Geographical Indications (GIs) protected under a pre-existing wine agreement between the two parties.

Prosecco from a defined part northern Italy is a protected GI in the EU, and Italy’s Prosecco DOC Consorzio has also secured trademark rights to the name in several other countries.

It’s a long-running issue for Australian winemakers, who have highlighted that Prosecco existed as a grape variety name prior to Italy creating the Prosecco DOC zone in 2009 and subsequently gaining GI status. The new zone adopted the grape variety name ‘Glera’, a Friulian synonym.

‘It is important to protect access to the name Prosecco as when we planted our vineyards in the late 1990s and early 2000s here in Australia, the grape variety we planted was Prosecco,’ said Natalie Pizzini, of family-owned Pizzini Wines in Victoria’s King Valley.

‘Australian grape and wine producers have invested many millions of dollars in the grape variety and our production is now worth A$200m in annual sales domestically,’ she told Decanter, after visiting parliament this week. Rebranding would require millions of dollars of further investment, she said.

The European Commission reported significant progress in discussions on GIs in general after the latest round of face-to-face trade talks with Australian officials in October. ‘Positions on solutions for prior use conflicts came closer,’ it said, without giving specific details.

‘We know that it is a contentious issue,’ said Pizzini. ‘We can only hope that once negotiations are complete that we all end up with a deal we are happy with.’

She added, ‘We are cautiously optimistic about our ability to continue with the use of the name Prosecco but until the deal is done, we will be championing our cause.’

Italy’s Prosecco DOC Consorzio has said protecting trademark rights is a central mission, and has previously cited the DOC’s strong reputation with consumers.

It recently celebrated protected status in New Zealand, following the country’s trade deal with the EU, as well as trademark registration in China.

Alessandra Zuccato, responsible for Consorzio trademark protection activities, said of the New Zealand deal in August, ‘This protection is particularly significant, given the fact that a country so distant from us recognises that we are a Denomination of Origin and it inhibits, after five years since the implementation of this agreement, the “Australian Prosecco” trading, which sees New Zealand as its number one destination in terms of export.’