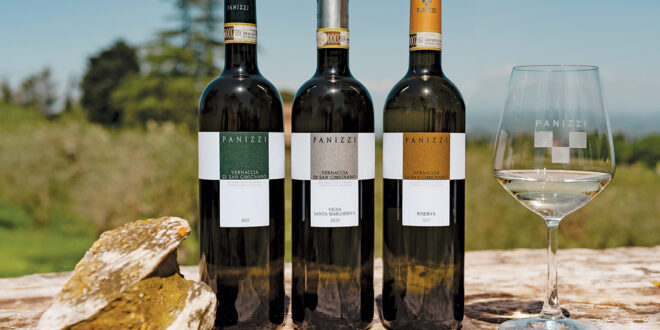 When Giovanni Panizzi founded his eponymous estate in 1979, he embarked on a project fuelled by the love for a very special variety and appellation, Vernaccia di San Gimignano, and by the determination to promote its quality and recognition. Panizzi remains one of the leading champions of a historical grape whose elegance, expressiveness and age-worthiness, deeply rooted in Tuscan history, are often overlooked. The winery is now in the hands of Simone Niccolai who, as a firm believer in Giovanni’s vision, has renewed the commitment to placing Vernaccia among Italy’s leading white wines.

Vernaccia di San Gimignano grows on the tuff and sandstone-based soils around the village after which it is named. San Gimignano’s iconic towers serve as reminders of the variety’s long history in the region, with references dating back to 1276. After being the first Italian wine to be granted DOC status in 1966, Vernaccia di San Gimignano was elevated to DOCG in 1993, affirming its status as the leading white wine of Tuscany.

Often compared to Riesling and Assyrtiko, this Tuscan gem has a distinct mineral character and subtle aromatics, ranging from fresh white citrus to fleshy orchard fruit with floral touches. With age it develops honeyed and nutty nuances. Vernaccia’s poise, structure and affinity with oak make it naturally suited to produce age-worthy styles, and a versatile food companion. 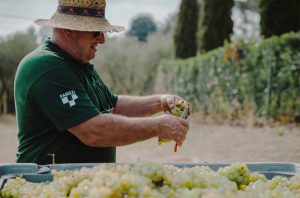 Vernaccia was the wine and variety first released by Panizzi, and remains the core of its organic-certified range, steered by a terroir-driven, sustainable approach. Thirty three years since Panizzi’s first vintage in 1989, the estate’s expressions of the leading Tuscan white grape are the object of wide critical acclaim, not least at the latest edition of the Decanter World Wine Awards (DWWA).

Panizzi’s Vernaccia di San Gimignano DOCG 2021, was praised by the DWWA judges for its juicy, ‘unforced and fluid’ character which earned it a Silver medal (91 points). It represents the variety in its purest form, fermented and aged in stainless steel, allowing the ‘crisp orchard fruit with a hint of lemon oil’ to shine. The Vigna Santa Margherita Vernaccia di San Gimignano DOCG 2020 also won a Silver accolade (90 points) with the judges seduced by the silkiness, ‘waxiness with some mature orchard fruits’ and ‘long, creamy finish’ of this single-vineyard release from Panizzi’s founding plot.

Vernaccia’s complexity and age- worthiness was on full display in the Riserva Vernaccia di San Gimignano DOCG 2017, a Gold medal recipient with a 95-point score. The barrel-fermented and aged expression was singled out by the judging panel for its ‘Burgundian’ character, with a ‘creamy textured palate’ and a ‘stony backbone of saline minerality’. 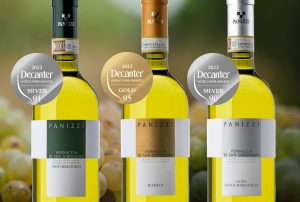