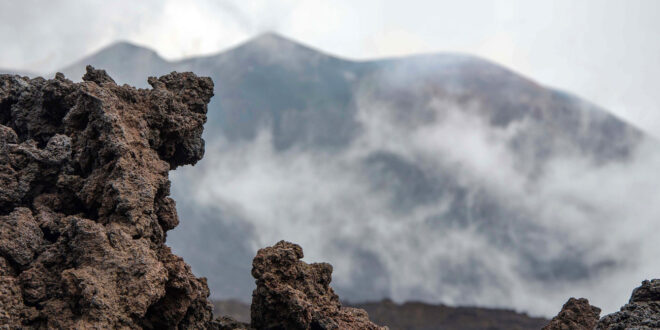 On the highest volcano in Europe, the magic number is 142: the contrade of Etna represented on a colourful new map just released by the Consorzio Tutela Vini Etna DOC. In the age of viticultural cartography, the Sicilian district has embraced ‘zoning’ to enhance every single nuance of its territory, mostly cultivated with Nerello Mascalese and Carricante.

‘This map establishes the full viticultural maturity of our district and underlines the attitude of its winemakers to team up,’ said Francesco Cambria, president of the Consorzio.

The development of ‘contrade’ is intertwined with the history of Etna, the oldest DOC on the island, founded in 1968. ‘My father wrote the first disciplinary. One of its articles already mentioned the historic production subzones, even if at that time there wasn’t really a complete list,’ said Marco Nicolosi Asmundo, councillor of the Consorzio and owner of Barone di Villagrande, the oldest winery in the Etna area. 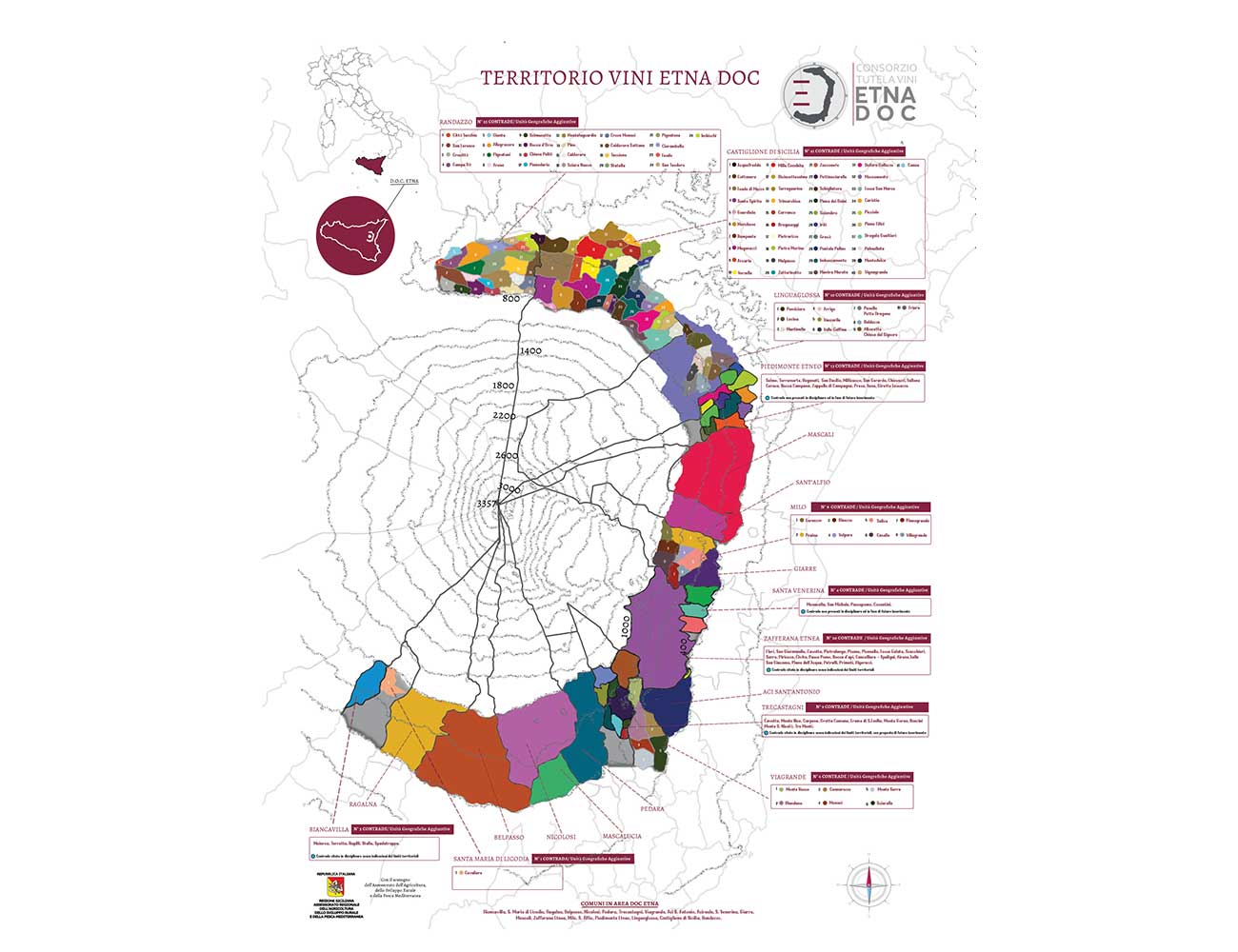 An amendment of the disciplinary in 2011 recognised as many as 133 contrade, legally equivalent to Unità Geografiche Aggiuntive (UGA: ‘additional geographical units’). Marc de Grazia of Tenuta delle Terre Nere fought for that goal: ‘Etna is the Burgundy of the Mediterranean because of the extreme diversification of its soils,’ he argued. ‘The precise identification of each contrada of origin of the grapes is of crucial importance for us winegrowers.’ And the late Andrea Franchetti of Passopisciaro winery certainly believed in it: in 2008 he created the acclaimed annual event, ‘Contrade dell’Etna’.

The visual impact of the contrade on the new map is remarkable, shaped like a crescent moon surrounding the volcano from north to southwest. Nine new additions have been made to the existing 133 contrade, bringing the total to 142. Of these, 41 are located in Castiglione di Sicilia, 25 in Randazzo, 20 in Zafferana Etnea, 13 in Piedimonte Etneo, 10 in Linguaglossa, nine in Trecastagni, eight in Milo, six in Viagrande, five in Biancavilla, four in Santa Venerina and one in Santa Maria di Licodia.

This work helps overcome the traditional distinction of vineyards being located simply on different slopes of Etna, which does not adequately represent the complexity of the terroir – even if the contrade remain difficult to define. They are not simply ‘cru’ or ‘subzones’, as they relate not only to the idea of space (the geography of the territory) but also to that of time (alluding to geology). ‘Each contrada is the result of millenary sedimentations of ashes, lapilli and pumice. Its boundaries are due to the volcano and change according to its incessant activity,’ explained de Grazia.

The new map also helps clarify the altitude of the vineyards: there is a certain impact in seeing 1,000m for the contrade set on the inner edge of the crescent moon.

The next study will focus on the pedoclimatic characteristics of each individual contrada. ‘We want to arrive even deeper to bring out the differences within the denomination, whose extension now exceeds 1,000 hectares. It is a work in progress, after all on Etna nothing is ever definitive,’ concluded Cambria.