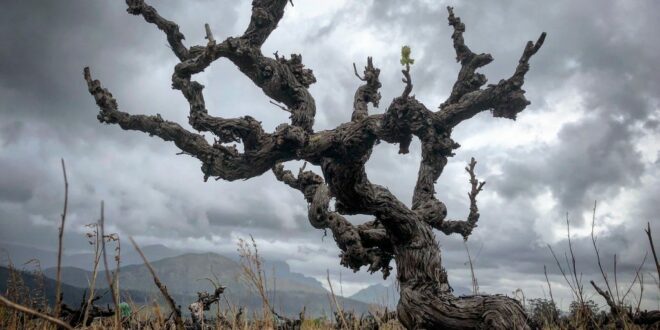 Old vines make better wines. Like so many broad generalizations in the wine industry, that’s a verifiably false statement. Plenty of bad wine gets made from old vines all over the world.

However, it can confidently and unequivocally be said that older vines bring something special to the wines they produce. In the hands of a competent grower and winemaker, ancient vines produce wines with qualities unattainable by younger vines, no matter how well-tended.

Balance and complexity are perhaps the two most often cited characteristics of fruit (and wines) made from very old vines. Farmers will often speak of vines’ resilience and their seeming self-regulation in the face of whatever the vintage throws at them.

Some winemakers swear that all other things being equal, older vines naturally ripen and produce more flavor at lower sugar levels than younger vines. Others simply shrug and say, “they’re different.”

That’s why I go out of my way to taste old-vine wines whenever I get the opportunity.

On my recent press trip to South Africa, I spent almost an entire day at the Cape Wine 2022 tradeshow seeking out and tasting wines from some of the country’s oldest vineyard sites.

I scampered around the massive trade show floor, raising a few eyebrows when I showed up at various booths asking to taste one and only one of their wines, and then after a word of thanks, dashing to the next booth. It was great fun.

In this endeavor, I was also helped by the folks at the Old Vines Project, who had a booth where one could taste 15 or 20 old-vine wines at a sitting, and who also have a web database listing 292 old-vine wines from South Africa that can be sorted and filtered by their vineyard planting dates among other criteria.

Viticulturalist Rosa Kruger, the founder of the Old Vine Project, came to her chosen craft first by way of journalism, an unfinished legal degree, and apple farming. After being told in 1998 that the farm where she was living might be suitable for grapevines, she persuaded some viticulture professors at Stellenbosch University to give her some pointers, and launched herself into growing wine grapes.

Essentially self-taught, Kruger was not only successful enough with her own vineyards to encourage a newfound passion, she rapidly found that others were willing to pay her for assistance with their plots of vines. While spending some time working as a viticulturalist for several other South African wine estates, Kruger was asked in 2002 by Stellenbosch University to help them catalog the oldest vineyards in the country.

By 2005, word had gotten out about the ‘old-vine lady’ and Kruger was getting calls from farmers and wineries wanting to let her know about their old plots of vines. Around this time, a young winemaker named Eben Sadie was getting ready to strike out on his own, and he had a vision for making wines from old, heritage vineyards. Kruger pointed him to some of the best sites she knew, and in 2006, Sadie debuted his “Mev Kirsten” Chenin Blanc to an unprecedented level of critical acclaim.

Other winemakers soon followed in Sadie’s footsteps, beating a path to Kruger’s door and leaving with phone numbers for growers and their gnarled old vines. As farmers learned that the young winemakers dispatched by Kruger were willing to pay much higher sums for grapes than the local co-op, Kruger learned of still more vineyard sites, many neglected and barely alive.

In the knotted arms of these ancient vines, Kruger found her true calling.