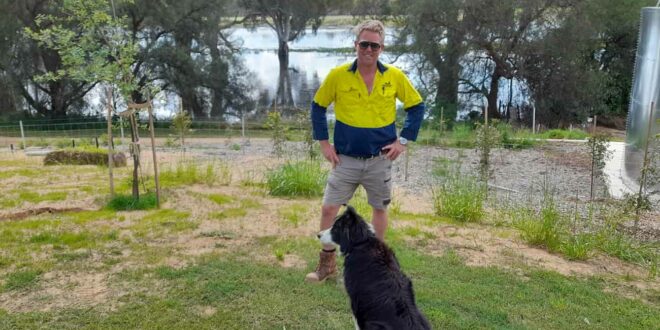 Flood concerns have continued to hit parts of Australia, with the country’s Bureau of Meteorology warning today (17 November) that ‘major flooding’ was ongoing in communities in New South Wales, as well as along a number of rivers in Victoria.

In the wine world, there were were concerns that flooding of vineyards in Victoria last month is now being repeated at some New South Wales wineries after continued spring rain in the south-east of Australia.

There was even flash flooding on Monday this week in the Barossa Valley, when the North Para River burst its banks. Elsewhere in South Australia, there has been extensive flooding of vineyards in the bulk wine-producing Riverland region.

It’s a very changeable situation, however. Wine Australia has not yet been able to give any reliable figures on what proportion of vineyards in south-eastern Australia have been affected by flood damage.

The cost to the Australian wine industry could be high, with the possibility of massively reduced yields in some vineyards, although Western Australia and Tasmania have escaped the ravages of the incessant rain that has plagued other wine-producing states.

One of the worst affected regions is Rutherglen in Victoria, where the Murray River this week reached its highest levels this year.

With the catchment areas upstream being full, large volumes of water have had to be released, flooding the vineyards of the two well-known wineries right by the river – All Saints Estate and Pfeiffer Wines.

All Saints winemaker Nick Brown said his 3.2 hectares (eight acres) of Shiraz vines that were planted in 1920 are sitting in a metre of water and will yield no crop at all this growing season.

Winemaker Jen Pfeiffer was even more downcast. ‘We’ve had no access to our vineyards for two weeks now, and I assume downy mildew will be running riot,’ she said.

‘I’m preparing myself for a scenario where we don’t harvest a single grape this summer, but at least we had a couple of days warning the floods were coming and were able to save infrastructure such as irrigation pumps by getting it to higher ground.’

Two wineries in the Nagambie Lakes region of Victoria – Tahbilk and Mitchelton – were not so lucky. They got virtually no notice the nearby Goulburn River would flood, and Mitchelton’s extensive underground cellars were submerged with water, causing 1,400 barrels of wine to float around like corks.

A third of Tahbilk’s vines, including the ancient Shiraz ones planted in 1860, were submerged. Winemaker Alan George predicted his crop will be down by 75%.

‘We will have a fair bit of disease pressure, as will the rest of Victoria and the whole of south-east Australia,’ George said.

‘There’s flooding of vineyards through central New South Wales, from Wagga through Cowra right up to Mudgee. A lot of vines will shoot again this season but when that happens the crop is usually quite low.’

The New South Wales region of Orange, which has some of the highest vineyards in Australia, has escaped vineyard flooding but still has major issues, according to Bloodwood winemaker Stephen Doyle.

‘It’s very difficult to get any machinery into the vineyards as it destroys the soil,’ he said.

‘We’ve had 130 rain days this year and over 1,000 millimetres of rain. It was cold enough for it to sleet here yesterday, and the worry is whether we will be able to ripen fruit fully as we’re already three weeks behind last year. We’ll have to do major crop-thinning to have any chance of ripening the fruit, which means very low yields.’

Doyle did end on a brighter note: ‘The vines are growing really well, and while the weather is a disaster for the vineyards and cereal crops of eastern Australia, the entire landscape and environment has been recharged,’ he said. ‘There will be heaps of new organic matter, and the biological life of vineyards will be…


Source : https://www.decanter.com/wine-news/flooding-in-south-east-australia-set-to-hit-wine-production-492137/
Share
Previous Tardieu-Laurent Condrieu 2021 $60 (93 points)
Next A Spanish red retailing at €1,700 joins the Wines From Another World portfolio