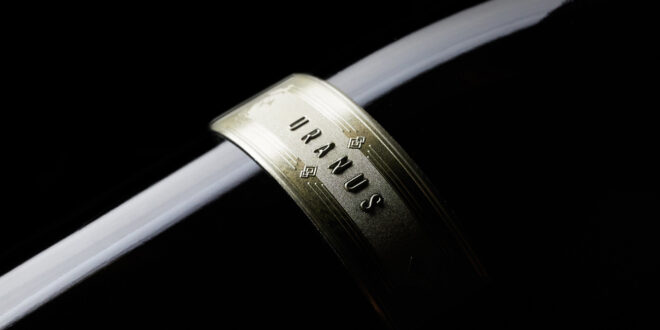 A Spanish red retailing at €1,700 joins the Wines From Another World portfolio

Last year, Cláudio Martins and Pedro Antunes caused a stir in the Portuguese wine trade when they unveiled a €1,000 talha wine from Alentejo.

It was the most expensive non-fortified wine to emerge from Portugal’s shores, retailing at almost double the price of Douro icon Casa Ferreirinha Barca Velha.

That wine was named Jupiter. Now Martins and Antunes have followed it up with Uranus, a red produced in Moreira del Montsant in the Catalan region of Priorat.

Dominik Huber of Terroir al Límit was tasked with creating Uranus. He used a cement egg to bring ‘refinement and elegance’ to the wine during the eight-month ageing process. It was bottled at 12.5% abv.

The tasting notes are light on flavour and heavy on poetry: ‘The lithe aromas and flavours move like a dancer across the nose and palate from deep red and blue fruit to stone to spice with a consistent velvety texture, yet that seems almost secondary to the nearly transcendental balance and inner quiet.’

Hubik said that Uranus has ‘extraordinary ageing capacity’. He hopes it will ‘put Priorat and all future producers in the spotlight of new consumers, the millennials, who want to buy high-quality products at a higher price because they know that these wines, in particular, will give them pleasure, profitability, prestige and status’.

There are just 500 bottles of Uranus available, along with some large formats.

The plan is to eventually release nine wines – one for each planet in the solar system. Future releases will come from Bordeaux, Champagne, Tuscany, Napa Valley, Mosel, Georgia and finally another from Portugal. Only 500 to 1,000 bottles from each region will be produced.

‘These nine wines will quickly become some of the most sought-after wines over the coming decades, and understandably, their value will increase exponentially over that period,’ said Martins. ‘They are a real collector’s item, and we want them in the hands of connoisseurs who appreciate their special character.’

Adapting vineyards to a changing climate: Torres looks to the future

The post A Spanish red retailing at €1,700 joins the Wines From Another World portfolio appeared first on Decanter.