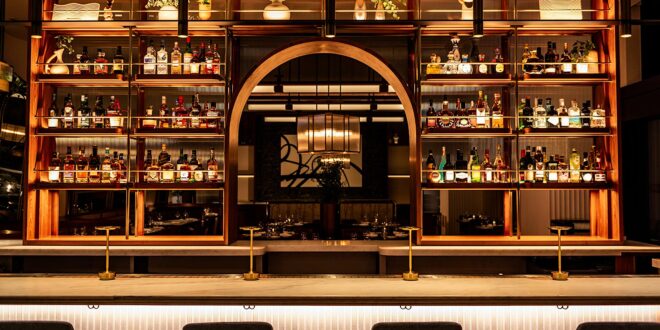 In October, New York–based Italian restaurant Scarpetta arrived in Tokyo, marking owner LDV Hospitality’s second location outside the U.S., and its first in Asia. The new venue is situated within a new skyscraper complex in the Toranomon district of the city’s Minato ward.

“As one of the most culturally vibrant cities in the world, Tokyo has always been one of my favorite places to explore, particularly from a culinary perspective,” said LDV founder and president John Meadow told Wine Spectator, explaining that the project sprang from a partnership offer from real-estate developer Mori Trust. “Located in a neighborhood where culture and design collide, Toranomon Hills felt like a natural fit for Scarpetta, our upscale offering and discerning customers.”

The restaurant blends Scarpetta’s cosmopolitan Italian aesthetic with homages to traditional Japanese fine dining. While most Scarpetta locations only change their menus four times each year, Scarpetta Tokyo’s three tasting menus will rotate six times annually to ensure they are as seasonal as possible. Each of the three highlights a different aspect of the restaurant’s primary culinary influences: New York, Italy and Tokyo.

The beverage list offers a similar mix, with a large selection of Italian wines, ranging from Franciacorta sparklers to Barbera d’Alba from Piedmont and Tuscan blends. In addition, the drinks program is stacked with sakes and eclectic cocktails, such as variations on whiskey highballs, that combine Italian influences with Japanese ingredients and spirits.

Currently, Scarpetta operates seven restaurants across the U.S. and in London, including Wine Spectator Award of Excellence winner Scarpetta Beach in Montauk, N.Y., and the flagship location in Manhattan’s NoMad neighborhood. A new location in Doha, Qatar, opened in the city’s Waldorf Astoria Lusail hotel in time for the 2022 FIFA World Cup events, starting next week. LDV is also planning two more international Scarpetta openings in Rome and Rio de Janeiro, which Meadow expects for 2023.—J.L.

Chef Mark Welker started his career at Wine Spectator Grand Award winner Eleven Madison Park in 2009, eventually becoming its executive pastry chef in 2015. This past August, he opened his own restaurant, Paradisaea, in sunny La Jolla, Calif., partnering with local husband-and-wife restaurateurs Eric and Zoe Kleinbub. Joining Welker in the kitchen is chef Gabriel Bonis, formerly of the nearby Award of Excellence winner Nine-Ten.

Creative cocktails are a main draw here, but a concise list of about 50 wines is chock full of Californian picks from leading wineries, including Kistler and Far Niente Chardonnays, Hirsch Pinot Noir and Peter Michael’s Les Pavots. International selections round out the list—there are bottles from H. Dönnhoff and CVNE, to name a few—as does a small reserve list with rarer bottlings of Tenuta San Guido’s Sassicaia, Domaine Leflaive and Château Margaux. “We wanted to start with a wine list that we knew intimately. We added a few of our personal favorites,” the Kleinbubs told Wine Spectator in a statement. “Our goal is for the list to grow with new… 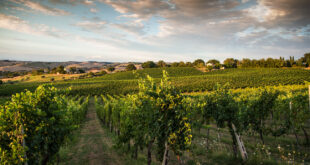