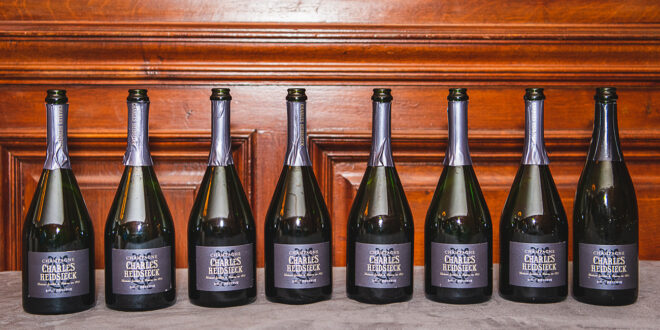 This masterclass was particularly special, as 2022 marks 200 years since the birth of Charles-Camille Heidsieck, the house’s founder and personality behind the famous name ‘Champagne Charlie’.

Cyril Brun, cellar master since 2015, having previously been a winemaker at Veuve Clicquot, took captivated guests through eight iterations of Charles Heidsieck Brut Réserve NV, with mis en cave dates starting from 2018 and going back to 1989.

What is mis en cave?

Mis en cave means ‘laid in the cellar’, and it indicates the year in which the non-vintage cuvée was laid down in the Charles Heidsieck cellar to age on its lees, pre-disgorgement.

Brun explained that when you see the mis en cave year on the label, ‘you know that the primary ingredients are the grapes from the previous harvest’.