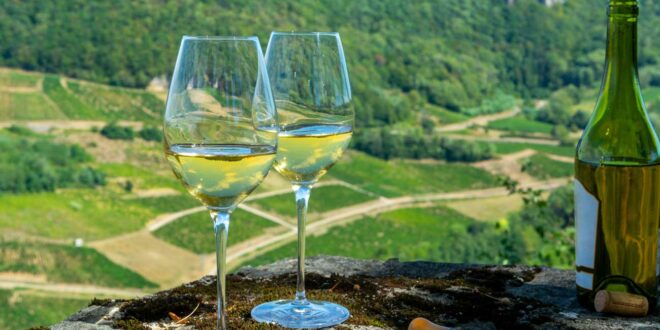 Frequently overlooked by consumers, this rare style of wine is as confusing as it comes. From its ‘yellow’ name to its squat-sized bottle to its unique, nutty flavour profile, it’s easy to understand why Vin Jaune doesn’t always get the love it deserves. Those in the know are aware that these special wines offer some of the most enjoyable, thought-provoking drinking experiences on the planet, however. Still don’t fully understand the style? We’re breaking down everything you need to know about it here. 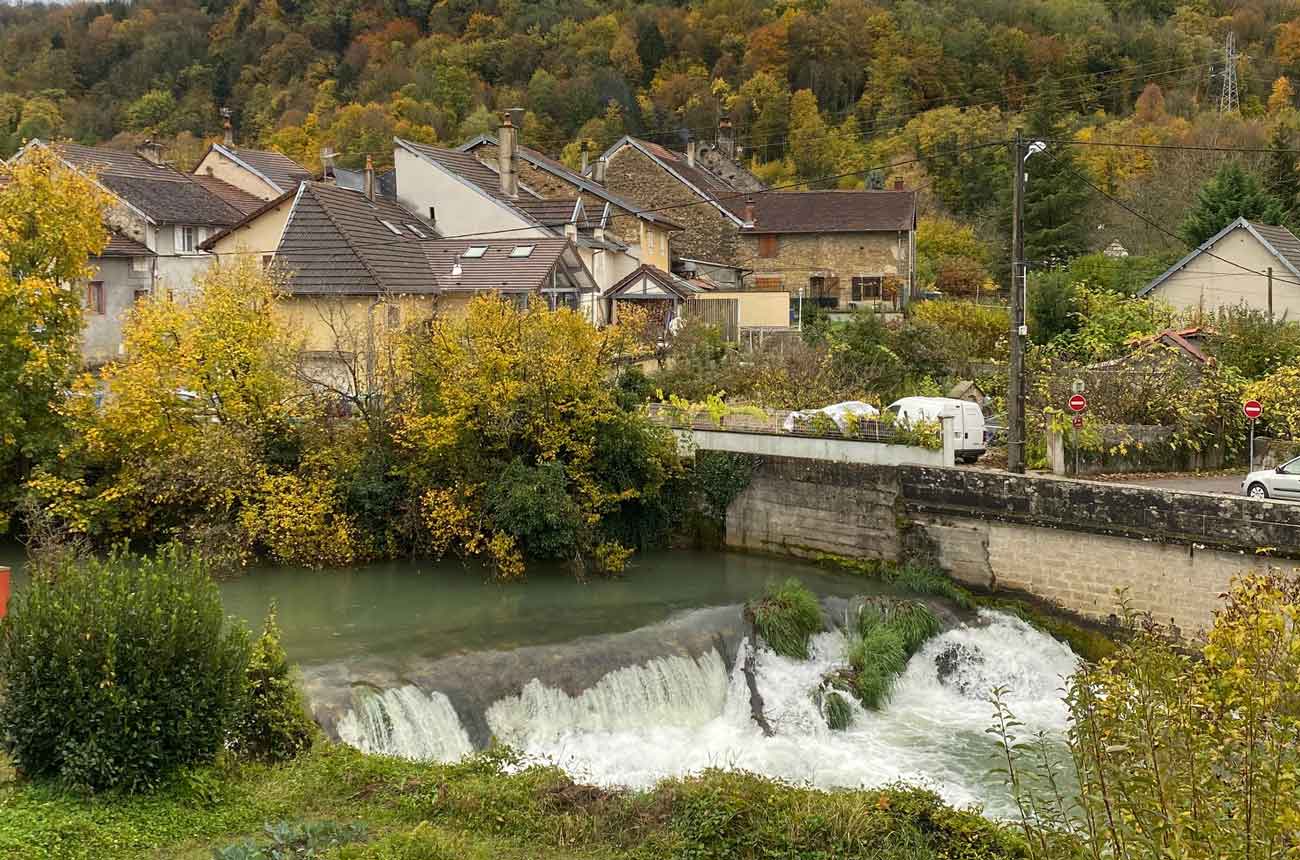 The commune of Arbois in the Jura. Credit: Vicki Denig

What is Vin Jaune?

Produced in the Jura region of eastern France, Vin Jaune is a dry style of white wine crafted from the Savagnin grape. Additionally – and most importantly – the wine ages for 6+ years under a thin layer of yeast (called sous voile ageing in France) prior to bottling, which helps the wine achieve its distinguishable flavour characteristics. ‘Vin Jaune is similar in style and flavour to Fino Sherry, except for the fact that it’s non-fortified,’ said Lauren McPhate, Director of Sales at Tribeca Wines. ‘This sous voile ageing imparts distinctly aldehydic flavours of brine, curry and nuts,’ she commented.

Courtney Wieland, Director of Private Clients at Thatcher’s Wine Consulting, added that Savagnin destined for Vin Jaune is harvested later, so as to achieve higher potential alcohol after fermentation. ‘Fermentation occurs slowly and the wine is not topped up, which allows for the voile to grow,’ she said, adding that in addition to playing a huge role in the final wine’s flavour profile, the voile also protects the wine from oxidation.

Why should I drink it?

Wieland revealed that outside of Sherry, there are few wines like Vin Jaune on the market – and the two styles aren’t exactly interchangeable. ‘When you take a closer look, or taste, it is far different from Sherry and quite unique,’ she said, highlighting that in addition to being produced from different grape varieties in different soils, Vin Jaune does not undergo fortification in the way that Sherry wines do. ‘The natural environment in the Jura cellars supports the creation of the yeasts. This defines Vin Jaune and separates it from other wines made in a similar way, creating a singular wine that can age indefinitely,’ she said.

According to McPhate, the unique cellar conditions and production methods used to create Vin Jaune define the ‘extreme style’ of the wine. ‘It’s bone dry, has a full and unctuous body, and intensely complex flavours – there are no other still wines like it,’ she said. McPhate described the wine’s partial cask ageing – which imparts gentle oxidation – plus the sous voile ageing (which keeps oxygen at bay) as creating a ‘supremely unique wine of paradoxes that is crisp yet heady, and complex yet nuanced’. Flavours often associated with Vin Jaune include toasted nuts, dried apricots, curry, mushroom, toast and brine.

Simply put, tons of evaporation. McPhate explained that due to the vinification and ageing process of six plus years, a good deal of wine is lost in the process. ‘Because of the length of the winemaking, a significant portion of the wine evaporates over time (called the angel’s share), and so it is bottled in a special Clavelin of just 62cl,’ she said.

Who would most enjoy Vin Jaune?

‘Vin Jaune is a premium wine for a highly engaged consumer,’ McPhate said, noting that the intense flavours and bone dry style will likely appeal to Sherry drinkers, or ‘adventurous winos looking for something way outside the everyday box’. She also mentioned that given the wine’s pungency and long, layered finish, the style could also greatly appeal to whisky drinkers.

Wieland stated that although she often reaches for Vin Jaune at the end of a meal, this versatile style of wine can be enjoyed at any point in the experience. ‘Some people think that you…