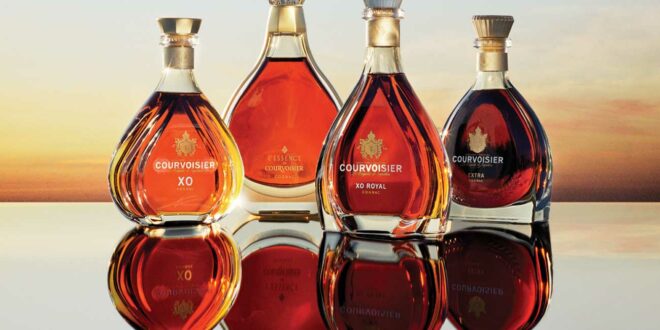 A Cognac fit for a king

Maison Courvoisier has added a new XO expression to its range of Cognacs. Courvoisier XO Royal is a blend of old Fins Bois de Jarnac and Grande Champagne eaux-de-vie. It pays homage to Edward VII Re?serve, a blend that was created in the early 20th century by Courvoisier’s first chief blender Henri Prodeaux for the then-king of England. A few bottles of this rare old Cognac are preserved in Courvoisier’s Paradis cellar in Jarnac and formed the starting point for Patrice Pinet, the house’s sixth chief blender, to create the new expression. ‘It is a privilege to pay homage to Maison Courvoisier’s historic recipe crafted for distinguished royalty,’ said Pinet. ‘Courvoisier XO Royal marries exceptionally rare eaux-de-vie to create a full-bodied blend that balances heritage, craftsmanship, tradition and innovation.’ The new XO combines lingering complexity and depth with Courvoisier’s signature floral style. £280/70cl Harrods, Harvey Nichols

What is… barrel strength?

Some aged spirits are described as ‘barrel strength’ or ‘cask strength’ – but what does this mean? Strength refers to the amount of alcohol by volume (abv) in a spirit, measured as the number of millilitres of ethanol per 100ml of liquid. The typical abv is 40%. Aged whisky or rum begins life with a higher abv as some alcohol will evaporate during the time the liquid spends in wooden casks. After maturation, producers can choose to dilute the spirit back to about 40% or – in order to preserve a certain character or flavours – to bottle their spirit at whatever strength it has reached in the barrel, hence the term ‘barrel strength’. This will always be higher than the typical 40% – anything up to 66% – so be aware that a barrel-strength whisky will be stronger than a regular whisky.

What to drink now… Penicillin

As the days get colder, why not try a fortifying shot of Penicillin? This modern classic is a twist on a Whisky Sour and was invented by Australian bartender Sam Ross at Milk & Honey bar in New York in 2005. Taking its name from the drug invented by Alexander Fleming and the medicinal qualities of honey and ginger, the cocktail has a complexity that comes from combining blended Scotch whisky with a smoky Islay single malt. Try Laphroaig 10 Year Old (available through Amazon UK).

Method: Add all of the ingredients to a shaker with ice. Shake until your hands are cold, then strain into an ice-filled rocks glass and garnish

Distilled – Cocktail making for all occasions