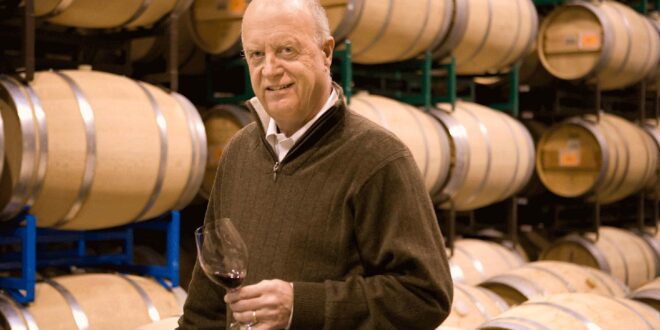 Allen Shoup, a Washington icon who as CEO of Chateau Ste. Michelle guided the state’s wine industry through its formative years, died Nov. 7. He was 79.

Born Aug. 31, 1943, in Utica, Michigan, Shoup was raised in Farmington Hills, a suburb of Detroit. He was drafted into the Army during the Vietnam War and was stationed at the Pentagon in Washington, D.C. His first job after the military was working in product development for Amway and later Max Factor.

Shoup started his wine career in the marketing department of E. & J. Gallo in Modesto, Calif., in the mid-1970s, before joining Chateau Ste. Michelle in 1980. Washington had barely 20 wineries at the time and even Ste. Michelle was relatively unknown outside of the state. Shoup set about changing that.

Winemaker Bob Betz, who worked at Ste. Michelle from 1976 until 2003, recalled the winery was making more berry and fortified wines than table wines before Shoup arrived. “He said, ‘The wine industry is going the other way’,” Betz said. “He thought differently from the rest of us. He could think about what the company would be like in 10, 20 or 30 years.”

By 1983, Shoup was president and CEO of Stimson Lane Vineyards & Estates, which included Ste. Michelle and is now named Ste. Michelle Wine Estates. In his tenure, Shoup grew Chateau Ste. Michelle into a national brand and popularized new wineries such as Columbia Crest and Northstar. He brought Washington into the international wine arena by establishing partnerships with Tuscany’s Piero Antinori to start Col Solare in 1995, as well as Germany’s Dr. Ernst Loosen to create Eroica, an off-dry Riesling in 1999.

“Allen took us out of the parochial view we had in Washington,” Betz said. “He changed that vision.”

Shoup was also the guiding force behind the establishment of the Columbia Valley American Viticultural Area (AVA), which was approved in 1984, as well as the influential state agency Washington Wine Commission in 1987, and the highly successful Auction of Washington Wines in 1988.

After retiring from Ste. Michelle in 2000, Shoup started work on his own wine project, Long Shadows, which debuted with the 2003 vintage. Using the Col Solare and Eroica partnerships as a model, he joined with noted winemakers around the globe to establish their own labels under the Long Shadow umbrella.

“Allen delighted in winning over those who questioned the potential of the growing region,” Huneeus said. “And he liked nothing better than sharing a glass of wine with a Washington wine convert.”