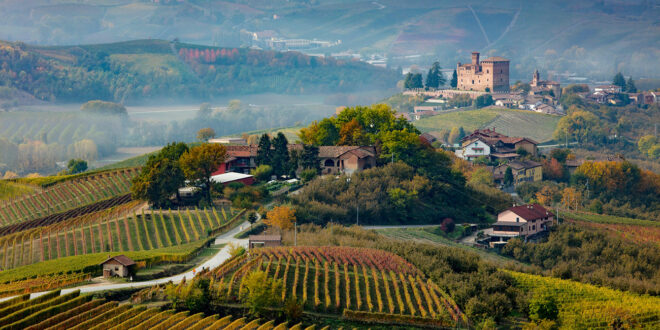 Held in Piedmont on 28 October and also live-streamed in New York, the Barolo 2022 en primeur charity auction saw sales of $769,800.

Final sales were likely to top $800,000, with one final lot to be offered at the international Alba white truffle auction on 13 November, they added.

Proceeds from that lot will go to international charity Mother’s Choice. Proceeds from the main auction, which was co-hosted by Christie’s, will support a range of non-profit groups.

As reported in Decanter’s preview of the second Barolo en primeur sale, the auction featured 14 barriques of still-maturing, 2021-vintage wines sourced from the Cascina Gustava Vineyard in Grinzane and produced by top oenologist Donato Lanati.

Each barrique will yield 300 bottles at the end of 2025, in-line with the minimum ageing period for Barolo.

More than 1,200 bottles of Barolo and Barbaresco donated to the auction by 70 winemakers were also split into 10 lots, based on where they were produced.

Four of the lots involved in the auction went to collectors live-streaming the event in New York.

Barolo en primeur: one to watch

Consorzio president Matteo Ascheri said results from the auction’s second edition provide a solid base for getting more Barolo and Barbaresco producers involved in future.

‘And it is also a sign that the “preview” sales model can and must be a valuable prospect for Barolo and Barbaresco, wines that are known and appreciated all over the world,’ he said, adding that the en primeur market ‘is still underdeveloped in Italy’.

A Consorzio spokesperson confirmed that there were plans to introduce an annual Barolo en primeur tasting event from 2024, for producers wishing to participate.

Planning was also underway for a third edition of the Barolo en primeur auction in 2023.

Greatest vineyards: Decanter names 12 ‘to rule them all’