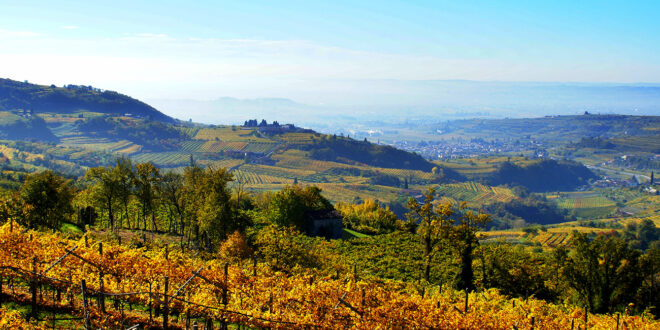 It’s impossible to understand Amarone della Valpolicella DOCG, and fully appreciate its complexity and depth, without being at least partially familiar with the unique process behind the style’s production. It constitutes a viticultural and winemaking achievement which developed in tandem to the wider wine and food culture of Valpolicella.

After harvest, the carefully selected bunches of fresh grapes, picked at optimal ripeness, are laid on drying racks in special-purposed lofts for a period of approximately three months. Optimal aeration and humidity allow the grapes to dry gradually and without rotting. During the drying process, the berries lose water content while all its other components – sugar, tannins, flavour compounds – are concentrated. Specific biochemical reactions also take place, transforming some of the existing molecules and creating unique compounds that will ultimately impact on flavour and texture.

Before Christmas, the dried grapes are crushed and the alcoholic fermentation continues until all sugars have been consumed, thus obtaining a dry wine. Amarone then typically spends a significant period in oak, to soften the tannins, integrate the alcohol and hone the fruit character.

The result is, unsurprisingly, a wine of incredible structure and character, combining power with nuance, strength with elegance. The drying process gives it concentration and intensity, but also filigreed complexity and vibrancy – acidity and tannins are also concentrated which means Amarone can have a surprisingly vibrant lift and inner energy. 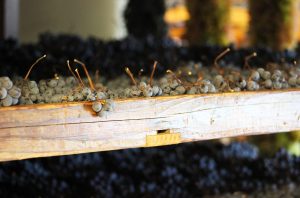 A place of honour

According to Federico Moccia, Deputy Head Sommelier at 67 Pall Mall in London, Amarone remains a flagship Italian wine that deserves a place of honour on any wine list. ‘Some producers in particular are very sought-after, namely those exploring a more refined, balanced style, focused on freshness.’ While many international competitors have wedged their way in with fruit-driven punchy styles, Amarone, along its most renowned European counterparts, retains the power of an historical lineage that is simply incomparable and irreplaceable. ‘A change, driven by a new wave of winemakers, to a lighter-handed and fresher approach has helped keep interest among younger drinkers, who generally seek more elegance,’ explains Moccia. ‘And it also helps a lot with food pairings. We have ripeness of fruit and structure but in a balanced way, not cloying and without sweetness.’

So what are the most classical pairings when an Amarone is on the table? ‘Red meat dishes, such as a classic rib-eye steak, or pastas with meat-based sauces are classic companions. I think you need the structure of the meat to support the tannins and intensity of fruit,’ says Moccia. However, when asked to pick one dish, from the current menu at 67 Pall Mall, that would pair particularly well with Amarone, Moccia selected an Autumnal vegetarian option. He was quick to choose one of the executive chef’s signature dishes: truffled bucatini, pickled girolles, parmesan crisp and rocket. ‘It pairs so well with an aged Amarone. The tertiary characters really underscore the mushrooms, the cheese and the spiciness of the rocket.’ With age, as it develops a wider range of earthy, nutty and dried fruit aromas, and the tannins polymerise, becoming softer, Amarone grows its affinity with darker flavours. Game, mushrooms and root vegetables, staples of the autumn and winter menus, are some of the ingredients for which Amarone, namely aged, is an ideal companion. 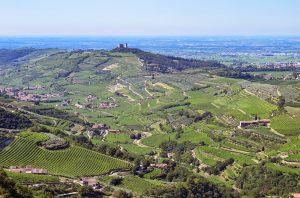 ‘Cheese dishes also work really well. I will often suggest Amarone with a cheese plate.’ With the festive season around the corner this is a winning, and inevitable, combination. ‘We serve it as we would serve a Port.’ It makes for an elegant alternative to the Portuguese fortified wine, with lower alcohol and less residual sugar. If Italians often enjoy Amarone with Gorgonzola, it also…