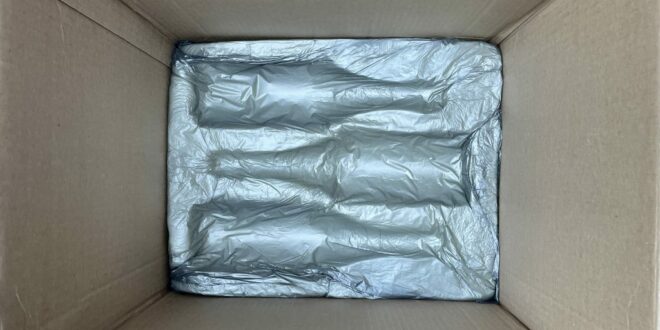 Hello and welcome to my weekly dig through the pile of wine samples that show up asking to be tasted. I’m pleased to bring you the latest installment of Vinography Unboxed, where I highlight some of the better bottles that have crossed my doorstep recently.

This past week included all sorts of goodies, including two exceptional champagnes that were recently released by Champagne Charles Heidsieck. The first is their Brut Reserve, which offers a rich and luscious experience driven by a nice blend of much older reserve wines, which lend the baked apple and butterscotch character that some of us find so appealing in older Champagnes. While it’s not cheap, at $80 a bottle (or less sometimes) it punches well above its weight, and can easily hold its own amongst $150 bottles of Champagne.

Speaking of not cheap, the second wine from Heidsieck is something of a unicorn, with only 1000 bottles available for purchase in the United States. The special Cuvée Champagne Charlie was last made in 1985 but has been resurrected in celebration of the 200th birthday of Charles Camille Heidsieck, who may be one of the most famous people in Champagne’s storied history (especially for Americans). Charlie was one of the early pioneers of overseas sales and earned his nickname for traipsing about America in the 1800s hawking his bubbly to any and all who would taste.

Apparently a popular figure at high-society parties on the East Coast, Charlie was eventually arrested in 1861 on suspicion of spying for the Confederates and thrown in jail, only to eventually be pardoned by President Lincoln.

The wine, interestingly enough, despite being nearly 80% reserve wine, tastes fresher and younger, more delicate and precise than the Brut Reserve. Served blind next to each other, the Brut Reserve would easily be picked as the more reserve-wine-driven bottling. Charlie, though, is a gorgeous expression of Champagne and will thrill any of the lucky souls who get a chance to taste it, hopefully on someone else’s dime!

I also tasted a couple of nice Vinho Verdes this week, along with the latest releases from Three Sticks Winery, including their Durrell Vineyard Chardonnay and two single-vineyard Pinot Noirs, of which my favorite was the Walala Vineyard Pinot.

I discovered a bottle of Acorn Vineyards Medley that I had missed in my previous tastings of their samples, and was very happy to open up and enjoy this old-school field blend of more than 60 grape varieties that provides so much pleasure in the glass.

Two new red wines came my way from Troon Vineyards recently: their Tannat and their Syrah, both of which offered wonderfully savory, honest interpretations of the grapes that were on the one hand quite complex, but on the other hand, quite easy to drink.

Artist-turned-winemaker Bibi Graetz has been exploring the Super Tuscan “form” for some time now, and it seems to me that the more time he spends contemplating it, the more simply he chooses to approach it. His two flagship red wines, Testamatta and Colore are now both just 100% Sangiovese, aged in larger format, older oak barrels. It’s been some years since I’ve had these wines but I remember them being brawnier and more rich than these supple, delicate, floral, and delicious bottles I encountered recently.

Lastly, I returned home recently from a 2 week trip to South Africa to find… some South African samples on my doorstep, in the form of two Bordeaux blends from Stellenbosch, both of which are excellent examples of their type. The Rubicon bottling from Meerlust is one of the country’s most venerable wines. The 2017 vintage proved lovely, elegant, and delicious and is aging beautifully.

While Taaibosch is a much younger wine estate than Meerlust (which was established in 1756), it quickly rose to prominence in the last few years as one of the top producers in Stellenbosch, making complex and nuanced wines of real substance. I was only recently introduced to…