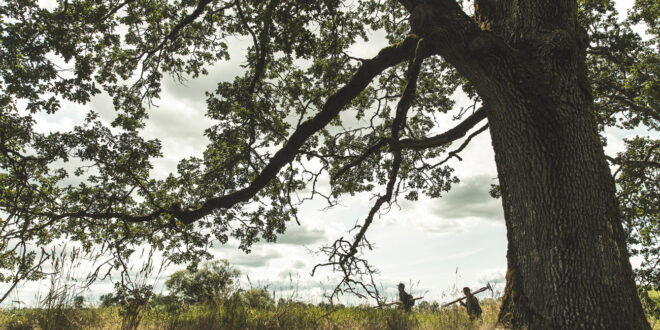 Whisky is emphatically a product of place. The flavours in the glass conjure images of the spirit’s origin, from an Islay malt’s distinctive peat smoke to the exotic perfume of a Japanese blend.

Traditionally, however, that local accent is lost when spirit is filled into cask. The vast majority of Scotch malts and blends, for example, are matured in oak sourced from thousands of miles away, and previously used to age bourbon or Sherry.

Some whiskies might venture into more exotic territory. Think rum casks, perhaps, or Madeira, Port or red wine. Fewer still are exploring the possibilities of native oak casks sourced from their own locale. But here the results, in terms of both provenance and flavour, are increasingly impressive.

So impressive, indeed, that Aberdeenshire distillery Fettercairn has planted 13,000 oak saplings on nearby Fasque Estate. The project is an effort to create a local and sustainable source of Scottish oak casks for the future. And we do mean the future – it might be 200 years before the fully mature oaks are ready for felling.

In the meantime, we have the newly released Fettercairn 18 Year Old (see below). This single malt is finished in Scottish oak casks, which are sourced from three sustainably managed forests in Ross-shire, Stirlingshire and Perthshire.

Beyond the back-story, what’s immediately impressive about the whisky itself is the full-on flavour. This is a richly spiced and structured whisky; the oak adding a fresh dimension to the distillery’s tropical fruit signature. 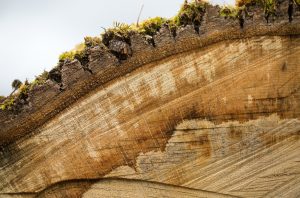 Different types of oak add their own signature to whisky

Partly that’s the result of predominantly using ‘virgin’ casks – oak that hasn’t been softened by a previous maturation (as is the case with ex-bourbon or ex-Sherry wood). But it’s also clear, even at this early stage, that Scottish oak has a flavour identity all of its own.

So assertive is this character that Fettercairn master whisky maker, Gregg Glass, decided to ‘condition’ some of the casks with a pre-maturation of new make spirit for six months, just to tone it down a little. Glass is the driving force behind distillery owner Whyte & Mackay’s Scottish oak programme.

Glass’s approach won’t come as any surprise to Royal Salute master blender Sandy Hyslop, given his experience in creating Royal Salute 26 Year Old Kingdom Edition Scottish Oak Cask Finish. So concerned was Hyslop by the speed of maturation that he and his team were checking the casks every two weeks. The fear was, in Hyslop’s words, that the blend might become ‘too strong, too powerful, too dark’.

He explains: ‘After four months, it was beginning to freak me out a little bit. Are we going to have to sample it every week or it’s going to fall over? It was all about experimentation in the end – and fortunately this one absolutely worked out perfectly. But I’ve never seen a take-up of flavour like that.’ 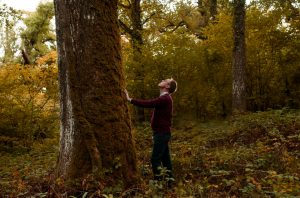 As the example of the Fettercairn forest illustrates, these native oak projects are often as much about sustainability as flavour. It’s a recognition of the fact that Scotland – and indeed, the UK in general – simply doesn’t have the culture of managed forestry that has been in place in France since Napoleonic times.

As in Scotland, Ireland’s oak population has been exploited and decimated over the past millennium or more. Forests have been stripped for agriculture, ships and construction. The pendulum is now slowly swinging back as replanting occurs in places such as Kylebeg Wood in County Laois, boosted by the investment of private sector operators such as Irish Distillers.

Kylebeg is the backdrop for the latest chapter in the Midleton Dair Ghaelach project that began in 2009 (‘dair ghaelach’ means ‘Irish oak’). The Midleton Very Rare Kylebeg bottlings take provenance to…