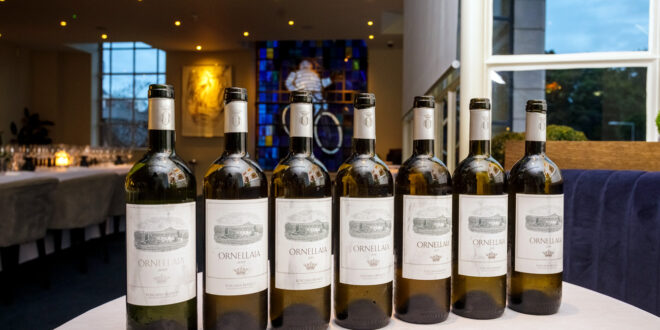 Ornellaia Bianco: A link to the past

A Sauvignon Blanc-driven blend since its first commercial release with the 2013 vintage, Ornellaia Bianco is produced in tiny quantities by this highly regarded Bolgheri-based estate – from three small vineyards that enjoy cooling sea breezes during the hot summer months.

Scroll down to see tasting notes and scores for an Ornellaia Bianco vertical: 2013-2019

The Bolgheri region is today dominated by world-class red wines based largely on Bordeaux grape varieties. Yet red wines weren’t permitted under the Bolgheri DOC when it was established in 1983; this only came following a regulation change in 1994.

Since then, white wines have been largely overshadowed. It’s somewhat of a rarity, then, to be able to taste a vertical of white wine from the region.

A vertical of Ornellaia Bianco, which is bottled as a Toscana IGT wine, is particularly rare, given the winery has only completed seven vintages and produces no more than 10,000 bottles (around 800 cases) each year.