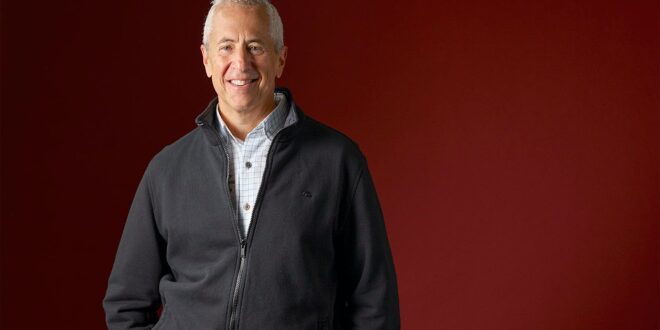 Danny Meyer thought he was on stage to tussle with José Andrés. The restaurateur and founder of Union Square Hospitality Group was a panelist at the New York Wine Experience’s annual Chefs’ Challenge, a wine-and-food pairing competition starring chefs José Andrés, Eric Ripert and Emeril Lagasse, along with Meyer. But Marvin R. Shanken, Wine Spectator’s editor and publisher, had other ideas. He took the stage as the panelists sat down to recognize two of them for their service to the hospitality industry and for helping others.

Andrés was Wine Spectator’s Distinguished Service Award winner in 2021, but had been unable to attend and collect his award after being summoned to Spain at the last moment to be honored by his native country’s king. Shanken teased Andrés about standing him up and presented him with a tiny trophy too small to even double as an effective wine glass.

“I knew he was coming this year because he promised, but who knows, maybe the Queen of Spain would call?” Shanken told the crowd. “To give him a huge beautiful plaque would be an expense that I didn’t want to take a chance on.”

Then Shanken pivoted and said he had a surprise winner of this year’s service award. Past winners are a hall of fame of the wine and hospitality industries, people like Ernest and Julio Gallo, Robert Mondavi, Angelo Gaja, Corinne Mentzelopoulos and Julia Child. But all of them were notified in advance. This person was on stage, Shanken remarked, but didn’t know he had won.

As Shanken detailed the winner’s contributions—creating a new standard for great food and wine paired with first-class hospitality, showing it need not be limited to fine dining, building some of America’s greatest restaurants and championing the restaurant industry during the darkest hours of the pandemic—Meyer’s face slowly changed from confusion to humble pride. “Danny Meyer has not only created a very successful career for himself and his family, but has done an amazing job of helping other people and supporting important charities that feed those in need,” declared Shanken. “He’s been a dear friend for many, many years, and I love him with all my heart.”

For all that work and more, Danny Meyer won a 2022 Distinguished Service Award. Shanken rewarded him with a sizable plaque, which gave the restaurateur added ammo with which to rib Andrés. “Good thing I don’t know the King of Spain!” Meyer chuckled.

In 1985, Meyer opened Union Square Café, which currently holds a Wine Spectator Best of Award of Excellence for its wine list. He had less than two years of experience in restaurants at the time, having worked as an assistant manager at a seafood restaurant and done a few stages in kitchens in New York and Europe. But he had a vision for a new cuisine that incorporated fresh ingredients and elements of California, French and Italian cooking, and he also had a passionate devotion to service. Early on he developed the notion of “enlightened hospitality,”…