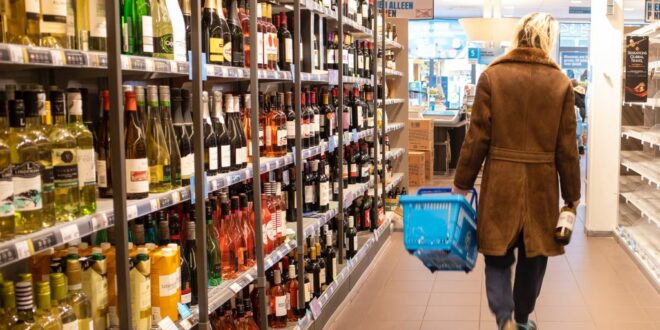 I know, it’s scary. Change is so daunting. And voting for it is even more so. I know you’re worried about it, but I’m here to tell you that it is going to be OK.

It is, in fact, possible to allow people to buy wine in grocery stores without triggering the collapse of civilization.

Yes, Coloradans, it’s true. You have a chance next month to actually join the rest of the civilized world. And what a world it is, folks. Imagine being able to go to the grocery store and actually buying a bottle of wine to go with your dinner? Revolutionary, I know, but rest assured, hundreds of millions of us have been doing it for years with no ill effects.

Sarcasm aside, it’s long past time for Colorado to get rid of the protectionist, parochial law that has favored the interests of liquor store owners over consumer convenience for decades.

On November 8th, Colorado voters will have the chance to vote for consumer choice, in the form of Proposition 125, which would finally allow grocery stores and convenience stores (both of which can currently only sell beer) to sell wine.

Opponents of the proposition cast the whole effort as being anti-small-business, with the argument that letting grocery stores sell wine will shut down family-run independent liquor stores.

This is fear-mongering at its worst, and it ignores the reality that 35 of the 50 states* in this country allow consumers to purchase wine with their groceries, and the independent liquor stores (if they are allowed to exist in that state at all) are doing just fine. As are the fine wine merchants. What’s more, some of these states made a similar change in the last 10 or 15 years, and they have not seen job losses or a reduction in competition in retail wine sales.

Colorado voters will also have the opportunity to vote on Proposition 122 in November, which would allow delivery services such as Drizly, Grubhub, or Instacart to deliver alcoholic beverages. Again, I can say with confidence that those of us who have access to such services are surviving just fine.

Now if we could only get a proposition on the ballot to allow corkage in Colorado restaurants!

But I suppose one thing at a time, eh?

There’s a third proposition on the ballot (Proposition 124) this fall regarding alcohol in Colorado, which will gradually eliminate the restrictions on the number of retail liquor licenses that a single entity can hold. I feel less strongly about this initiative, but as a person who believes in the free market (and someone who lives in a state that lacks the current restrictions Colorado has in place) I am in favor of this proposition as well.