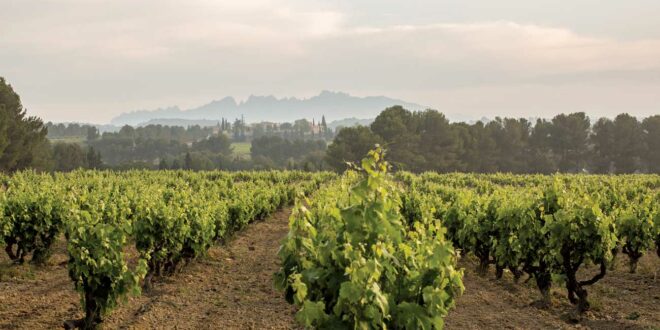 In spite of growing worldwide demand for bubbles, recent challenges arising from the pandemic and the cost of living crisis have put the brakes on consumers’ willingness to spend on non-essential products. In search of new and imaginative ways of rising to the challenge, Cava producers believe that while it can be tough for consumers to fork out for fizz, they can continue to enjoy ‘the little luxuries of life’ by purchasing reasonably priced Cava. This isn’t to suggest going for the cheapest option, but rather a very different proposition: to encourage value at the right price and quality. This article sets out just how the Cava D.O. is raising its game, accompanied by an overview of a recent tasting at Decanter’s headquarters with some very tasty examples of what’s in store for consumers.

As against its competitors, Cava has at least three huge positives. Cava is made by the traditional method of sparkling winemaking, and the second fermentation carried out in the bottle in which it is ultimately sold is a proven quality factor in sparkling wine. Secondly, Cava is for the most part made from native Spanish varieties, an influence on style that’s at last seen as a virtue and valuable point of difference. Finally, the new rules on ageing and origin promulgated in 2020 are starting to bear fruit, showing that Cava means business, literally, in fighting back against rival bubble makers worldwide. Ever increasing quality, character and age worthiness were apparent at our recent tasting.

Cava (the word means ‘cellar’) is the traditional method Spanish sparkling wine mainly produced in Catalonia’s Penede?s region. From its 38,000 hectares, the main grape varieties are the local triumvirate of Macabeo (13,966 ha) Xarel·lo (9,841 ha) and Parellada (7,345 ha). Xarel·lo has character, flavour and the greatest potential for quality; Macabeo good acidity; and while Parellada tends to be neutral, it can bring aroma and finesse to a wine. Altitude, older vines, massal selection and low yields can all make a difference. The grapes are generally harvested fully ripe, resulting in a soft-textured fizz with uniquely Mediterranean aromas and flavours. Initially controversial, and now accepted as part of the status quo, more recent plantings of Chardonnay (2,848 ha) and Pinot Noir (811 ha) have not grown in vineyard area over the past decade, reflecting a renewed focus on the local varieties.

Against the backdrop of the global pandemic and tough economic circumstances, Cava reported growth of 17.3% in 2021, reaching a record sales volume of 252 million bottles globally, its 50 foreign markets accounting for more than two thirds of total sales. The UK ranked number four in the export market after Germany, US and Belgium, with just under 20 million bottles. Although from a smaller base, China showed the fastest growth in 2021 at 86% over the previous year.

Quality shaped by time and place

The Cava D.O. is setting much store by new rules on provenance and the ageing and bottling of its top-tier wines, in an attempt to create major points of difference between its fizz and competitors both at home and overseas. The creation of the new rules serves a dual purpose: on the one hand they reinforce and communicate Cava’s distinctive character and origin; on the other, the two new tiers of Cava Guarda and Cava de Guarda Superior that came into force in January this year bring a fresh focus on quality and terroir.