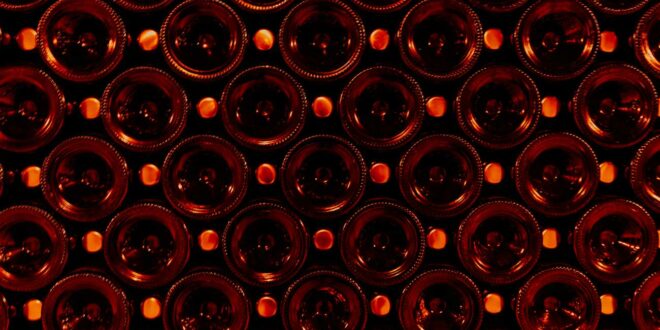 The proposal reduces the mandatory density of planting from 8,000 vines per hectare to approximately 6,000. This would be accomplished by allowing 2.2 metres between rows, essentially removing every other row. The stated purposes include reducing the cost of maintaining the vineyards and therefore the time necessary to maintain them. This has been put forward as a way to reduce greenhouse gas emissions, and proponents estimate that such emissions would be 20% lower under the measure, leading some to describe it as an environmentally-friendly initiative and not merely a cost-saving one.

The measure was put forth by the Syndicat Général des Vignerons de la Champagne (SGV), which is the organisation on the ground responsible for implementing the standards for Champagne imposed by the INAO. The action was taken despite a formal opposition lodged by a number of the most respected growers in Champagne.

There is suspicion that the main reason is to reduce the costs of cultivation, according to Eric Coulon of the Vignerons Indépendants. Others fear that it is leading to the approval of mechanical harvesting in Champagne, and there is concern on the part of some quality-oriented growers that the reduction in the density of planting will lead to less concentration in the finished wine.

Although the move has been couched as a measure to preserve Champagne in the face of global warming, it must be remembered that the switch to lower density is optional, and accordingly reductions in greenhouse gas emissions are only realised to the extent that replanting occurs.

It seems unlikely that the new standards will be universally adopted, since there is opposition from many quarters. This is exemplified by the NoVSL collective (no-VSL in Champagne), led by growers Aurélien Laherte, Aurélien Suenen, Raphaël Bérêche, Fabrice Pouillon, and Mélanie and Benoît Tarlant. NoVSL proclaimed that the implementation of VSL negatively impacts biodiversity and soil life, while also having a negative impact on the development of [sustainable] and organic viticulture, as well as on the carbon impact of each winegrower.

They pointed out that essentially the removal of one row out of two would allow further mechanisation of the vineyard leading to the use of tractors that would compact the soils and thus inhibit microbial growth. They argued that to maintain yields at their current level while reducing density would cause each vine to work harder and would encourage growers to choose productive clones and an aggressive spraying regime, all with a negative impact on quality.

NoVSL went on to note that although the process has been studied for some time, matters were brought to a swift conclusion during the pandemic without a sufficient diffusion of information on the topic. Suspicion is rife that a measure that benefits the large négociants is being pushed through during a period where many distractions diverted attention from the main objective of Champagne, which must remain quality. Jean-Baptiste Lecaillon of Maison Louis Roederer noted that Roederer has spent 20 years trialling VSL.

He said: ‘It may be an interesting possible solution, well adapted to certain [situations]. However, in the case of Louis Roederer, most of our vineyards are located in Grand Crus, therefore on poor chalk soils where mineralisation is slow and yields moderate. Our vineyard is also planted with massal selections specific to our house (mainly Pinot Fin and Très Fin) therefore with a moderate yield and we largely practise certified and regenerative organic viticulture. For these reasons, we now believe that VSL is not suited to our field and our production and maturity objectives.’

He went on to point out that since 2015 they have actually increased their planting density to an average 10,000 vines per hectare. Low density planting has now been authorised, and each grower will decide for themselves what works best. Let’s hope that the best instincts of the…