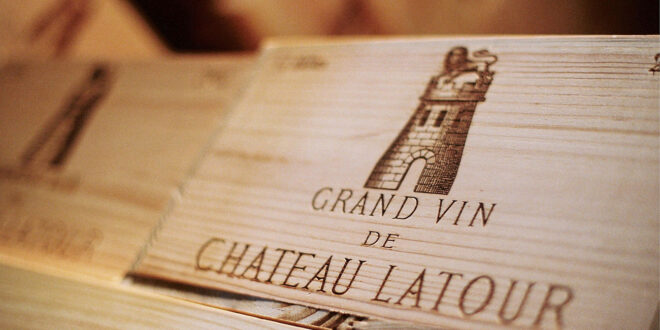 New stocks of Château Latour 2010 were released from the Pauillac-based First Growth’s cellars on 13 September.

Latour 2010 is regarded as one of the best Bordeaux wines of the 21st century so far, and has received two 100-point Decanter scores in the past three years.

It’s also more expensive than many other Latour vintages, but analyst group Wine Lister said it expected buyers to show interest. ‘There is no doubt that this release will see demand, especially for merchants releasing at the current market price with no “ex-château premium”,’ it said.

Pre-existing market stocks of Latour 2010 were priced at around £1,050 per bottle (in bond), it said. Several merchants were offering the new, ex-château stock at or close to this level.

Farr Vintners offered the wine at £12,650 (12x75cl in bond). ‘It’s good to see a release price for Latour 2010 that allows us to list the wine at close to current market levels,’ said Thomas Parker MW, buyer at Farr.

‘This effort and awareness from the Château will allow us to offer the wine successfully,’ he said.

Matthew O’Connell, CEO of LiveTrade at Bordeaux Index, said Latour’s release was well judged. ‘The Latour 2010 release came with a limited premium for ex-château stock and has therefore been well received by buyers,’ O’Connell told Decanter.

Latour 2010 was available for £12,600 (12x75cl in bond) on LiveTrade, and O’Connell said the prevailing LiveTrade offer is equivalent to Bordeaux Index’s price for the new stock.

Some buyers might be willing to pay a premium for the pristine provenance of ex-château stock in some instances, such as in the auction room, in particular.

But O’Connell said that, for wines less than 20 years old, ‘we have seen an ongoing compression of ex-château premium[s] in the market over recent years’.

Liv-ex said Latour 2010 was one of the most expensive Bordeaux First Growth wines of the past 20 years.

It quoted an original en primeur release price of £11,000 (12x75cl in bond). The price initially fell during a market downturn affecting several top Bordeaux estates from mid-2011 onwards, but has since recovered lost ground.

Other Bordeaux (re)releases this month include Château Palmer 2012, due on 22 September. New stocks of Château d’Yquem 2016 were released from the prestigious Sauternes estate’s cellars last week.

Dozens of international fine wines are also being at least partially released via the Place de Bordeaux in September and early October.

Joseph Phelps Insignia from the Napa Valley 2019 vintage and Testamatta 2020 from Tuscany’s Bibi Graetz were released on 13 September, while Argentina’z Catena Zapata winery said it would launch the 2019 vintages of its flagship wines, Nicolás Catena Zapata and Adrianna Mundus Bacillus Terrae Malbec, on 15 September.

See our scores table for the September releases

Just published: Our verdict on the Napa Cabernet 2019 vintage