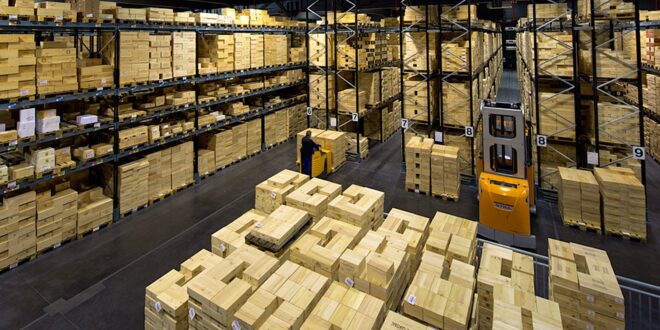 Wine investment funds are having a moment—again. After the collapse of several such funds a decade ago, triggered by the abrupt Chinese retreat from the luxury wine market, they are again coming on strong. While their methods differ, all wine funds project a common message: It’s smart to augment your traditional portfolio of stocks and bonds with an alternative investment in ageworthy wine.

“You are looking for a low-volatility asset that is uncorrelated to the rest of the economy, and that’s what wine is,” said Tom Gearing, co-founder of London-based wine investment fund Cult Wine. Case in point: When the stock market plunged during the 2008 financial crisis, investment-grade wine prices barely budged. So far in 2022, wine is again ignoring stocks: The Liv-ex 1000, a composite of the most widely traded investment-grade wines, is up 8.6 percent, while the S&P 500 is down 16 percent, as of Sept. 1.

Fine wine, so goes the argument as framed by the funds, is not only an alternative asset but a “wasting asset.” That is, soon after a highly praised vintage hits the market, bottles start to be consumed, often well before they reach their ideal drinking window. As their count diminishes, the remaining bottles inevitably rise in price. Only once they have reached peak maturity does the upward price pressure relent. Long before that point, an alert wine investment firm will have sold the wine you invested in at a profit—and taken its cut.

But wine is not as straightforward an investment as shares in a company or government bonds. Investors should do their research and understand how the funds work and how much they will pay in fees. Is this sort of liquid investment such a good idea?

Wine investment funds were once more popular in Europe than in the U.S, primarily due to tax and storage in bond rules, but that’s changing. Taking advantage of a fairly steady multiyear upswing in prices of collectible wines, two U.S.-based wine investment funds have launched successfully since 2019, while London-based Cult, aiming to penetrate the North American market, opened sales offices in New York and Toronto in 2021.

In all, more than half a dozen wine investment funds on both sides of the pond are currently targeting customers to invest in wine for eventual profit, pleasure, or both. At least, that’s the plan.

The hardest charging of the new funds is San Francisco–based Vinovest. Barely three years old, Vinovest claims to have already snagged 11,000 investors and to hold almost half a million bottles of wine purchased for them. Last spring, during en primeur season in Bordeaux, Vinovest tried to grab notice by hosting a webinar at top Pomerol property Vieux Château Certain.

Vinovest’s founder, Anthony Zhang, already a serial startup entrepreneur at age 27, is a relative newcomer to the wine business. “I saw the rise of people moving to alternative investments as a key tailwind,” Zhang told Wine Spectator. “I looked at art, classic cars, handbags, but it was wine and whiskey that really stood out to me.”

Zhang claims that his fund’s “average users are in their thirties, not their fifties,” and he believes that at least some of this cohort is looking for shortcuts to getting into wine. “Say goodbye to rigorous research … we do the hard work for you,” states Vinovest’s website homepage. At the bottom of the homepage, a crawl appears to announce new customers in real time: “A client from Texas just deposited $85,000 … a client from New Jersey just deposited $20,000, a client from the United Kingdom just deposited $9,896 ….” But the crawl simply repeats, month after month, with no new clients popping up.

New Vinovest customers, advised by a “team of world-class sommeliers,” can purchase a personal wine portfolio for as little as $1,000. The fund charges an annual fee for authentication, storage, insurance and “active management” ranging from 2.85 percent to 2.50 percent…