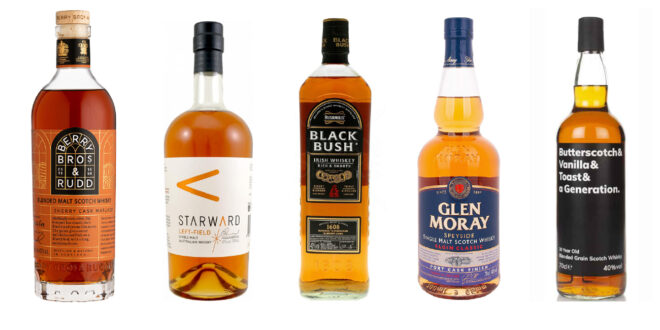 I’m going to sound like one of those perpetually peeved old men you sometimes encounter in the pub, who vividly remember ‘when it was all fields down there’ – referring to a brand new estate of recently built houses. It pains me to say it, but whisky – particularly Scotch and Japanese – has become a very expensive luxury.

In fact, these days, I find it difficult to justify the purchase of many of the whisky brands I once fell in love with; the ones that kickstarted a lifelong fascination with the spirit.

The reasons behind the increased price of many of our favourite single malt brands are as complex as they are broad. Most distillers face the same economic factors that we all face, such as increased energy tariffs and other utilities costs, which have made a huge dent in the bottom line. According to a survey conducted by the Scotch Whisky Association (SWA), nearly 30% of distillers reported that these costs have actually doubled in the space of a year, with more increases expected.

The cost of the raw materials needed for making whisky have all increased too. Barley prices, casks and glass bottles have all risen dramatically. Then there’s the supply chain itself: the cost of importing these essentials and exporting the finished product internationally. The SWA also reported that 73% of distillers expect to see an increase of over 50% in shipping costs alone.

There is also, of course, the relative scarcity aspect with some whisky brands, versus increased global demand, which has also steadily pushed prices up. As a result, many drinkers are falling out-of-love with their favourite aged expressions and are feeling underwhelmed by the cheaper, non-age-statement alternatives distillers are offering.

The good news is that there are still some great value whiskies out there to explore.

One question I considered here is just what the word ‘value’ represents. Price and affordability are relative: both to the individual drinker and the level of premiumisation that the whisky sits in. Just because a whisky appears expensive doesn’t necessarily mean it isn’t good value for money!

By way of a relatively extreme example – and bear with me here – the recently released 1958 Shirakawa Japanese single malt whisky will set you back a cool £25,000. However once you factor in that this is the only example of a one-of-a-kind whisky, never before bottled and never to be repeated, from a distillery that was long since demolished, its scarcity, makes this a ‘reasonable’ consideration. Particularly in comparison with competitor brands, in this case Karuizawa, which commands a much higher premium, for significantly lower age statements.

Similarly, independent whisky company Gordon & MacPhail is the master of releasing supremely aged whisky (50-plus years and counting) from ‘marque’ distillers, such as Glenlivet, Longmorn, Mortlach and Glen Grant. They are released at a fraction of the price that proprietary bottling would cost.

For the likes of us mere mortals though, here’s a list of a few gems, which are well-priced*, well-aged, complex-as-the-day-is-long and offer great value for money. 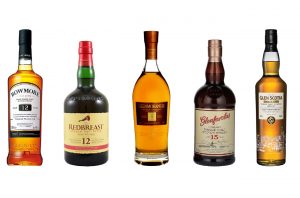 One of my lockdown discoveries. Berry Bros has knocked this blended malt out of the park, creating a rich, expressive and very drinkable whisky for under £30. Notes of dark honey, orange peel, cocoa and spicy dried fruit. A great sipper or in an Old Fashioned. Alcohol 44.2%

This blended Irish whiskey is perhaps one of the most accessible-yet-complex whiskeys on the market. The high proportion of Sherry cask influence in the recipe means it’s full of rich, nutty and toffee notes, with a superbly warming and approachable spice. A whiskey that deserves far more attention and consideration. Alc 40%