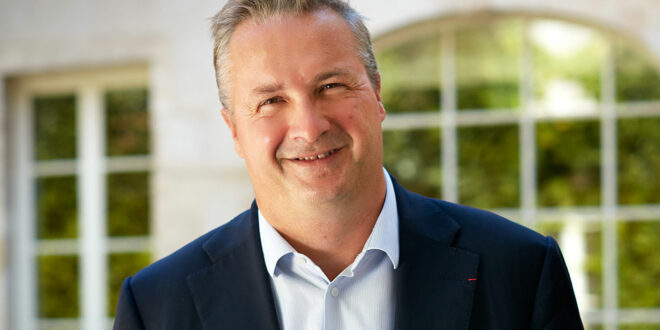 Latour was the 11th generation of his family to lead Maison Louis Latour (and the seventh named Louis Latour).

The house of Latour was formally founded in 1797, although the roots go back to the first vineyards purchased in 1731 by Denis Latour. The Latour family originally worked as coopers, and Denis’ son Jean moved to Aloxe-Corton to set up an independent cooperage and later to found Maison Louis Latour, naming the business after his son. The house of Latour remains closely associated with the hill of Corton, where it own over 26 hectares of grand cru vineyards in addition to its premier cru and village holdings. In total the maison owns 48 hectares of vines in Burgundy as well as domaines in the Ardèche, the Var, Chablis, Beaujolais, and the Coteaux Bourguignons.

Louis-Fabrice was born in Beaune in 1964. He took his degree in political science from the prestigious Sciences Po in Paris in 1985 and worked briefly in finance with BNP Paribas before returning to the family domaine in 1989. He married his wife Patricia in 1995 and in 1999 assumed direction of the family firm. In 2003 he led Latour to ISO 14001 certification and in the same year purchased the house of Simonnet-Febvre in Chablis. This acquisition was followed by Beaujolais producer Henry Fessy in 2008, and the launch of the ‘Pierres Dorées’ vineyard for Pinot Noir in Coteaux Bourguignons outside of Lyon. However, his devotion to the hill of Corton was a constant, and in May of this year his support made possible the restauration of the famous ‘Cross of Charlemagne’ on the Corton Hill.

Latour’s co-president of the BIVB from 2015 to 2021 was François Labet, who remembered him fondly, remarking: ‘We worked in a “cool” and at the same time very professional way, with a single goal: the interest of Burgundy wines, the standard of which we both defend.’

Latour was a recipient of the Légion d’Honneur in 2011. Although his passing was not unexpected, everyone hoped for a remission until the very end. His memorial is scheduled for this Friday at the Basilica de Notre-Dame de Beaune. Latour is survived by his wife Patricia, their four children and his three siblings.