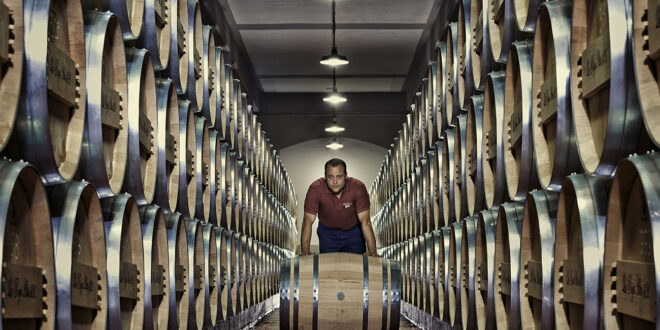 With its comprehensive and carefully curated portfolio, Armit Wines has become one of the leading fine wine importers in the UK, highly respected by its clients. Armit has forged close relationships based on trust and collaboration with winemakers across the world, representing smaller producers alongside household names such as Sassicaia, Bruno Giacosa, Domaine Leflaive, Château Lafleur and La Rioja Alta.

Armit has partnered with this same renowned Rioja producer, as their exclusive importer into the UK , to offer new newsletter subscribers the chance to win a case of some of their leading wines, worth over £400. This is, however, the last chance to take part, as this unique giveaway is coming to a close…

Armit has partnered with La Rioja Alta to give you the chance of winning a case of some of their leading wines, worth over £400.

Simply sign up to Armit’s newsletter until the end of October for a last chance to win.

A great way of staying up to date with all news, special offers and keeping in touch with Armit’s team of experts – with a chance to win three incredible wines from Rioja Alta.

Viña Ardanza 2015 – One Jeroboam (3L)
A blend of 80% Tempranillo and 20% Garnacha from high-altitude vineyards in Rioja Oriental, where gravelly soils reminiscent of Châteauneuf-du-Pape, produce rich fruit with refreshing acidity to balance. Presented here in a rare double-magnum of which less than 1,000 units were produced.

Gran Reserva 904 2009 – One Magnum (1.5L)
A favourite among critics and consumers alike, the Gran Reserva 904 is named after the first vintage produced over a century ago. It represents La Rioja Alta’s flagship style, with the 2009 vintage fully showing the perfect balance and ageing potential the producer strives for. Now hitting its drinking window with a glorious stride, but will evolve beautifully for up to 20 years for those willing to wait.

Gran Reserva 890 2005 – One bottle (75cl)
The 890 is La Rioja Alta’s rarest and most sought-after wine, produced only in the best vintages. Its 2005 iteration was received with much excitement and recognition. The winemaker awarded it the ‘Selección Especial’ mention, designating one of the finest vintages ever produced under the label.

Founded in the late 19th century as a joint venture of five historical families, La Rioja Alta helped define the standards of classic Rioja and is one the fine wine world’s most respected  names. With a careful, boutique approach to winemaking, La Rioja Alta produces characterful and supple wines, with trademark savouriness and great ability to age.

La Rioja Alta’s philosophy, at the crossroads of craftsmanship and entrepreneurial innovation, is not unlike that of Armit Wines which, when founded by John Armit  in 1988, started a revolution in the British wine trade by pioneering direct buying from producers. Personality, Passion and Personal Relationships are the founding core values that guide the company’s ethos then and now – values that are equally reflected in the making of La Rioja Alta’s wines.

This is a not-to-be-missed opportunity to become part of the universe of Armit Wines with a chance to win some of Rioja’s most iconic bottles.

Sign up to Armit’s newsletter until the end of October for a last chance to win. 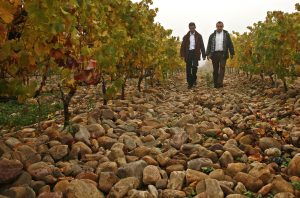 The post Armit Wines and La Rioja Alta – last chance to win a case worth over £400 appeared first on Decanter.