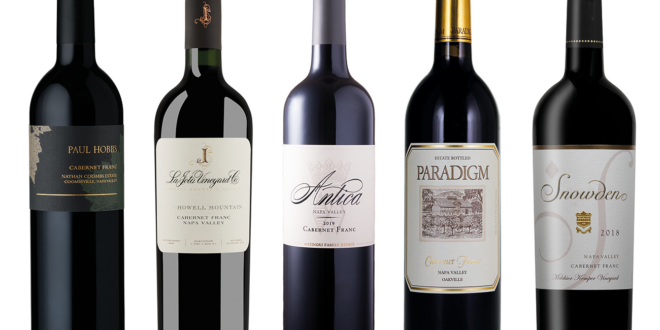 In the wake of the second destructive wave of the phylloxera bug in California in the 1980s and 1990s, Cabernet Sauvignon rose to such prominence and dominance (especially in Napa Valley) that I, like most people, assumed it must now be the most expensive grape variety in the state. Wrong. That would be Cabernet Franc.

Slowly, steadily and quietly, Cabernet Sauvignon’s father has displaced its son* as the priciest grape to buy and the grape that is generating ripples of excitement – especially in Napa and Sonoma Valleys. (*Cabernet Franc and Sauvignon Blanc are the parent grapes of Cabernet Sauvignon.)